Anyone caught for cutting a tree will be penalised with up to one year of imprisonment as per the BMC notice. 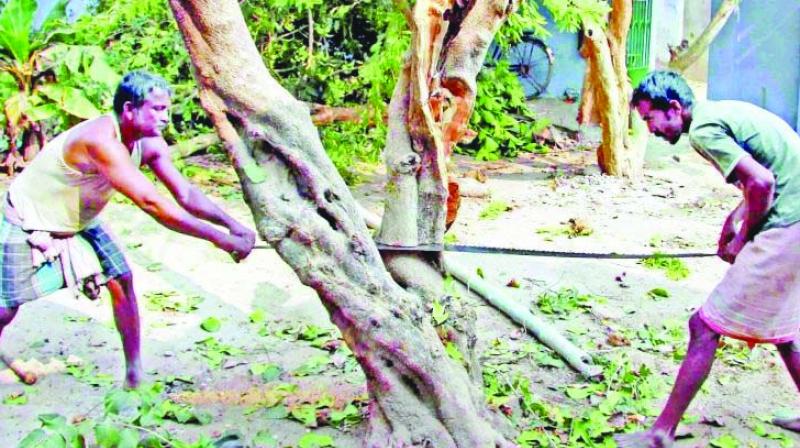 Mumbai: In the wake of Holi celebrations, the Brihanmumbai Municipal Corporation (BMC) has alerted the Tree Authority about the possibility of a rise in illegal tree cutting for the ritual of Holika Dahan.

Anyone caught for cutting a tree will be penalised with up to one year of imprisonment as per the BMC notice.

During the Holi festival, there is a rise in cases of illegal cutting of trees from public spaces as well as private premises trees to burn the woods for Holika Dahan, according to the BMC officials.

“As such the municipal commissioner and other officials are more vigilant regarding this illegal practice during the festival. If any one found guilty, we will be taking action according to the provisions of the law,” said Jitendra Pardeshi, Garden Superintendent, Tree Authority.

According to the provisions of section 21 of the Protection of Maharashtra (Civil Areas) Tree Protection and Protection Act, 1975, it is a crime to cut or break any tree without the prior permission of the Forest Authority, which can be punished for at least one week to 1 year.

“Illegal tree cutting can also lead to a penalty of at least `1,000 to `5,000. Even if anybody is cutting trees in the private areas without prior permission from the Tree Authority,” added Mr Pardeshi. Even if permissions are given, but the tree cutting is done recklessly, not complying with the instructions given during the permissions, the miscreants will be penalised.

Along with the municipal commissioner, the gardening supervisor, junior tree officer, horticultures are the authorities supervising the activities.