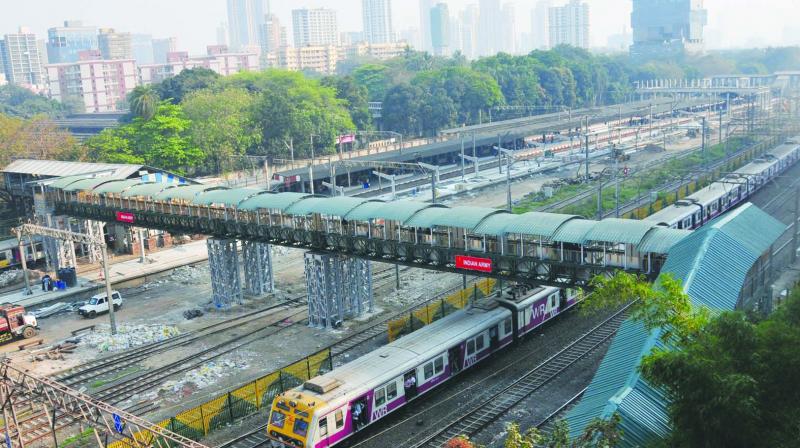 At the FOB’s inauguration ceremony organised by the Army on Tuesday, Western Railway (WR) claimed that around 1.6 lakh commuters would benefit from the FOB, which connects Elphins-tone Road to the Parel station in the east. Citizens said that such FOBs would help in reducing stampede-like situations. The FOB was built by the army on the railway’s request following the stampede last September at the Parel-Elphinstone station FOB, which killed 23 persons.

In addition to the overbridge at the Elphinstone road station,  FoBs at Currey Road and Ambivali stations built by Indian Army were also inaugurated on Tuesday by chief minister Devendra Fadnavis   and railway minister Piyush Goyal in the presence of  Rajen Gohen, minister of state for railways and Dr. Subhash Bhamre, minister of state for defence.

“With these developments, the railways have speeded up the process of upgradation of infrastructure for passengers with safety point of view at all the suburban stations,” said a senior WR officer. Several commuters who were present during the inaugural ceremony expressed their satisfaction over the new and wider FOB. “It will reduce congestion during office hours largely and make the east to west commute more convenient. We hope such FOBs are replicated in other areas as well,” said Ashwani Sharma, a commuter.

The state has planned 22 more FOBs that are expected to be built by June, 2018 while 56 more  have been sanctioned and will be provided within next 12 months. As such, Mumbai will get 100 new FOBs.