Officers said the callers would allegedly con US citizens by promising loans and taking money from them as a “processing fee”. 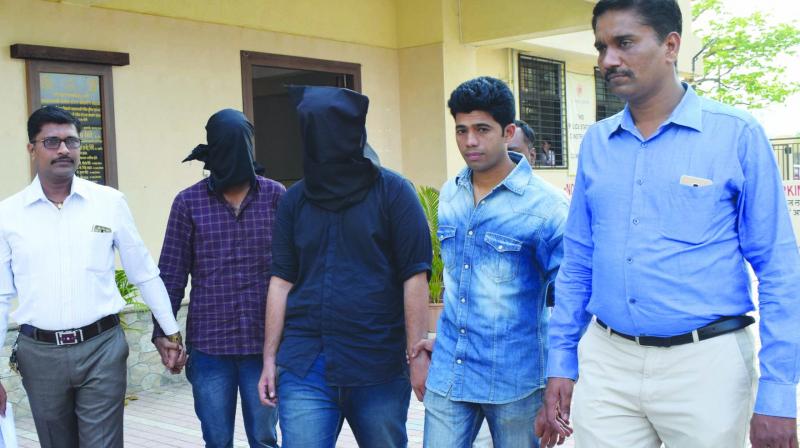 Mumbai: The Thane police raided a call centre in Kasarvadavali on Ghodbunder Road over alleged fraudulent transactions. The police arrested two and detained other employees of the call centre and is questioning them. This is the eighth call centre raided by the Thane police in the past one year. Officers said the callers would allegedly con US citizens by promising loans and taking money from them as a “processing fee”. They suspect the call centre to have been operational since 2017 at least, and to have made profits of over more than a crore.

The Kasarvadavali police station on Tuesday arrested Rakesh Kondvani, (21), a resident of Gujarat and Joravat Rajput (28), a resident of Rajasthan, who started the call centre last year.

A police officer said, “The accused would make calls to US nationals through VoIP (Voice over Internet Protocol). They would talk in American accents and cheat US citizens by assuring them they would provide payday loans at low interest rates.

Senior police inspector D.S. Dhole said, “There were technicians, a manager and callers working there, and most of them were in their 20s, they had passed class 12 and some had prior experience in call centres. The call centre employees would contact their victims over Skype, X-Lite and eyeBeam. Once the caller trapped his victim, he would demand a processing fee, which is more than $100, payable in iTunes gift cards and Target cards.”

The Thane police had busted a similar call centre, which was based in Ambernath. In October 2016, the Thane police uncovered a scam in the Mira Road-Bhayandar belt, in which around nine call centres were found making fraudulent calls to US citizens and duping them. Officers said that prima facie no link has been found between the two scams.