Boney’s son, actor Arjun Kapoor, flew to Dubai to be by his father's side and oversee the process. 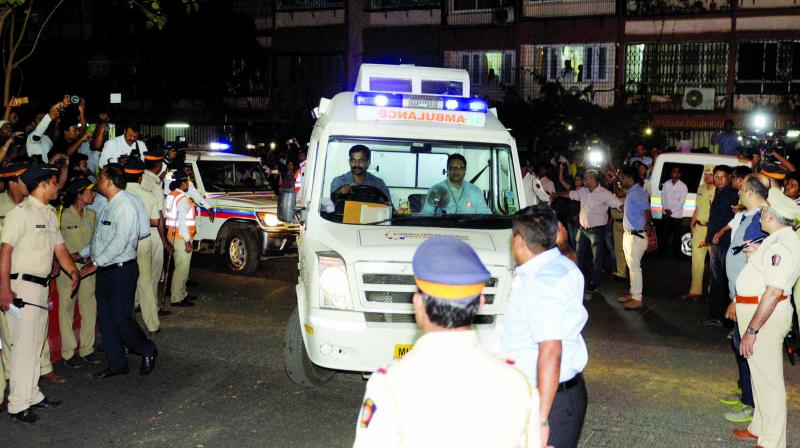 Accompanying her on her final journey home was husband Boney Kapoor, brother-in-law Sanjay Kapoor and stepson Arjun Kapoor. At the airport, they were met by Boney’s brother, actor Anil Kapoor, his daughter Sonam and industrialist Anil Ambani. An ambulance from Kokilaben Dhirubhai Ambani Hospital was there at the airport to take the body to Boney’s Lokhandwala residence. 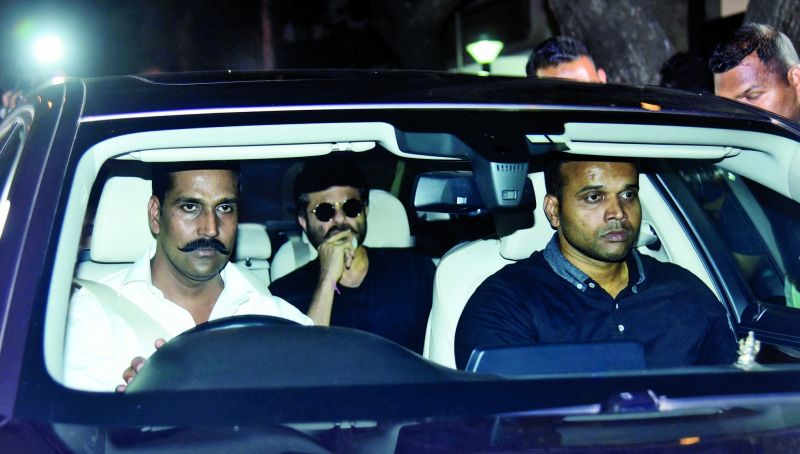 Anil Kapoor on his way to the airport

Earlier, the Dubai Public Prosecution's department cleared the release of Sridevi’s body following the completion of its “comprehensive investigation into the circumstances of her death” on Saturday at a hotel there. The Dubai police also handed over the letters for the release of the Bollywood diva’s body to the Indian mission here and her family for embalming in the evening, said sources.

Producer Boney Kapoor’s family on Tuesday released a statement giving details of the funeral and last rites, which will be performed on Wednesday.  Her body will be kept at the Celebration Sports Club in Andheri from 9.30 am to 12.30 pm on Wednesday for people to pay their respects. The last journey will commence at 2 pm from the club to the Vile Parle Seva Samaj Crematorium and Hindu Cemetery, where the final rites will take place at around 3.30 pm.

The Dubai police had stated on Monday that her death was due to “accidental drowning”, after she fell into the bathtub of her hotel room following “loss of consciousness”. Before releasing the body, Boney was questioned thrice, while the actor’s sister Srilatha was questioned once. The Dubai police questioned Boney once on Sunday morning and twice on Monday, following which other family members were also questioned to ascertain the time of death. Boney’s son, actor Arjun Kapoor, flew to Dubai to be by his father's side and oversee the process. The

Kapoor family claimed the body from the morgue, got it embalmed on Tuesday evening, and will fly to Mumbai for her final journey home on a private plane, which has been parked at the Dubai airport since Sunday. Sridevi's husband and stepson are accompanying the body. The Embraer jet, owned by industrialist Anil Ambani, will land in Mumbai later on Tuesday night and the cremation will be held the next day around 3.30 pm.

India’s ambassador to the United Arab Emirates, Navdeep Suri said in a tweet, “After completion of all local processes, mortal remains of Sridevi are now en route to Mumbai.”