Agreement papers were handed over in presence CM and Piyush Goyal on Tuesday. 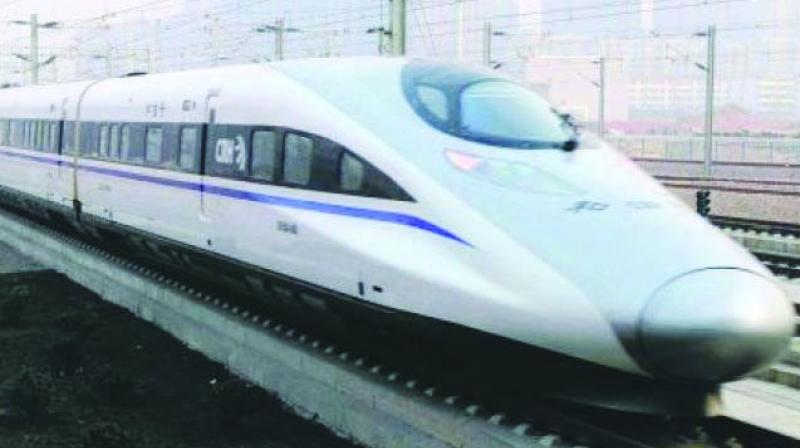 Transport department to provide Rs 125 crore as a first instalment

Mumbai: Despite opposition from the Shiv Sena, chief minister Devendra Fadnavis has handed over 0.9 hectares of land at Bandra Kurla Complex for the Mumbai-Ahmedabad bullet train underground station. Agreement papers were handed over in presence Mr Fadnavis and railway minister Piyush Goyal on Tuesday.

Despite of the uproar over the bullet train issue, Mr Fadnavis is going ahead with the project and has not considered the objections raised by the Shiv Sena, Maharashtra Navnirman Sena (MNS) and opposition parties as well. Railways wants 0.9 hectares of land for the project at BKC to construct an underground station for the bullet train project whereas the state government has plans to construct the International Financial Services Centre (IFSC) on this land. So now railway will complete the underground work considering the construction of towers that have to take place on this land, said senior officials.

The Maharashtra and Gujarat governments have 25 per cent stake each in the bullet train project and Railways has the remaining 50 per cent. The state government has to contribute Rs 5,000 crore against the equity. Land cost of Rs 300 crore will be adjusted against it and the transport department is providing Rs 125 crore as a first instalment for equity which is headed by Shiv Sena leader Diwakar Raote, said sources.