The court has not granted any interim relief to the company in the petition and kept the hearing on April 1. 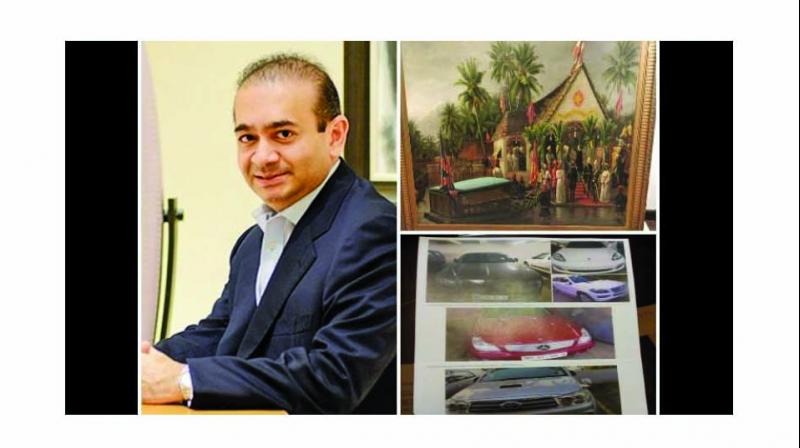 Nirav Modi and paintings that have gone for auction.

Mumbai: The Bombay high court on Wednesday directed the income tax (I-T) department to file a reply to a petition by fugitive diamantaire Nirav Modi’s firm, Camelot Enterprises, challenging the auction of 68 paintings belonging to him.

The court has not granted any interim relief to the company in the petition and kept the hearing on April 1.  A bench of Justices Akil Kureshi and Sarang Kotwal directed the I-T department to file its reply by April 1.

Nirav Modi has paintings of Raja Ravi Verma, V.S. Gaitonde, M.F. Husain and Akbar Padamsi which are worth crores of rupees.

The firm approached the Bombay HC against the auction, calling it unlawful. On March 26, the I-T department, in accordance with the special court order, auctioned 55 of the 68 paintings and claimed to have raised Rs 55 crore.

On March 22, a special court in the city permitted the Enforcement Directorate to auction 11 luxury vehicles belonging to Nirav Modi, and permitted the Income Tax department to auction the high-value art collection belonging to the jeweller. Nirav Modi, an accused in the PNB scam, was arrested in London last week and remanded to judicial custody by a local court there.