Sources said the boys had gone for a swim and were playing in the water near the cremation hall of Palse village. 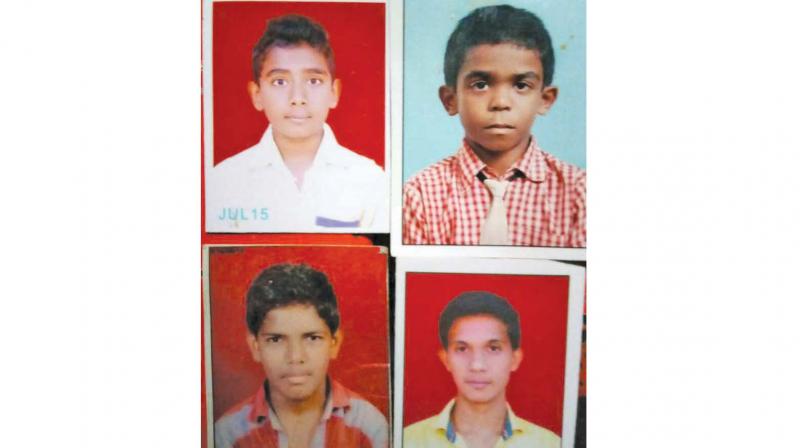 Nashik: Four boys who had gone for a swim drowned in the Darna river near Palse village off Nashik-Pune highway on Friday evening. Their bodies were recovered on Saturday evening.

Sources said the boys had gone for a swim and were playing in the water near the cremation hall of Palse village. The deceased were identified as Sumit Rajendra Bhalerao (15), Kalpesh Sharad Mali (14), Rohit Aadhar Nikam (14) and Ganesh Ramesh Dahale (15).

Vishnupant Gaikhe-Patil, president of Sant Aisaheb Vidyalaya, where some of the deceased boys were studying, said the teenagers might not have been able to gauge the depth of the water.

"Since the last month no water had been released into the Darna river, because work on a new bridge was underway. Due to demand from villages, water was released in the last 10 to 12 days. The water current is high even for experienced swimmers and the boys possibly couldn’t stand a chance and may have drowned," Mr Gaikhe-Patil said.

The families of the boys and villagers searched for them throughout the night of Friday and also filed a missing complaint around midnight.

Rescue personnel used boats to search the water and found two bodies.  Two other bodies were found later on Saturday.