Clean My Coach has been made available in 2,013 trains all over the country by the Indian Railways. 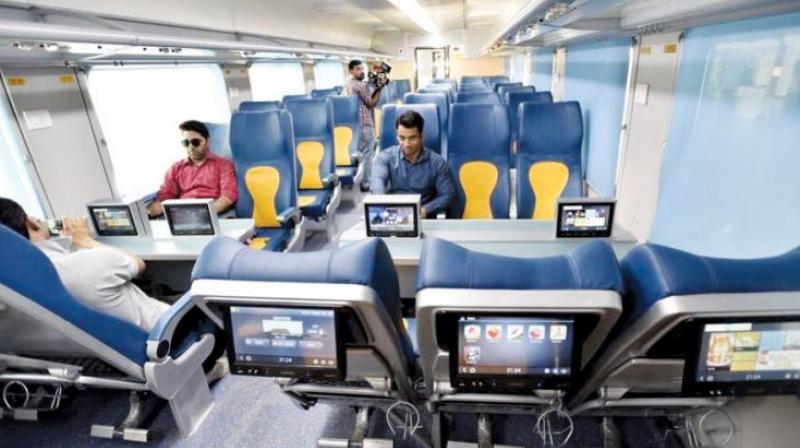 The facility has been made available in 2,013 trains.

Mumbai: The Clean My Coach facility has been introduced in the semi-luxury Tejas Express  from Saturday, following the much-reported incidents of passengers littering and soiling the train in the very first week of it being introduced. This facility allows passengers to alert the Railways to such incidents via an SMS on the number 58888.

After the uproar caused by this display of poor civic sense by the passengers, which was highlighted by The Asian Age in its report published on May 25 (India’s first semi-luxury train, Tejas Express, vandalised on its first journey), Central Railway (CR) decided to include this train in the initiative.

Around 22 passenger trains of the CR, which depart from Mumbai’s Chhatrapati Shivaji Terminus (CST), Lokmanya Tilak Terminus (LTT) and Dadar, already have this facility on board. In fact, Clean My Coach has been made available in 2,013 trains all over the country by the Indian Railways.

CR’s divisional railway manager, Ravindra Goyal, confirmed that the facility would be available on Tejas from Saturday, when it departs from Karmali station. “If there are passengers who litter, there are also passengers who do not litter, and don’t like it when others are dirtying the train,” he said. “This train is a matter of pride for us, and we hope to make it popular among the people.”