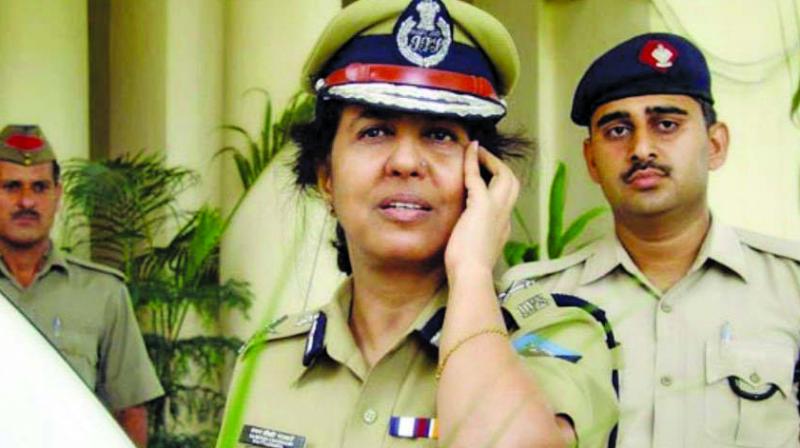 Mumbai: The first woman Director General of Police (DGP) Kanchan Chaudhary Bhattacharya (72) died in Mumbai on Monday following an illness. Her last rites would be performed at Worli crematorium on Wednesday.

She was undergoing treatment in a Mumbai’s private hospital since past few months, said a statement released by state police headquarters after her death. Bhattacharya is survived by her husband and two daughters, who live in Mumbai.

Born in Himachal Pradesh, she was country’s second female Indian Police Service (IPS) officer after Kiran Bedi. Bhattacharya, a 1973 batch IPS officer, made history when she was appointed the DGP of Uttarakhand in 2004. She retired as the DGP on October 31, 2007.

The IPS Association in a tweet remembered Bhatt-acharya for her “sterling qualities of head and heart”, and an illustrious career “adorned with many firsts and awards”. “We mourn the demise of one of our icons, the first lady DGP and second lady IPS officer of India, Kanchan Chaudhary Bhattacharya,” the association said in the tweet.

After her retirement, she tried her hand at politics and fought the general elections in 2014 on Aam Aadmi Party’s ticket, which created a lot of buzz but could not win.

During her 33 years of service, she also served as an inspector general in the Central Industrial Security Force (CISF). In 1997, she was awarded the president’s police medal for distinguished service. She was awarded the Rajiv Gandhi Award for excellent all-round performance. She was chosen to represent India during the Interpol meeting held in Mexico in 2004.

She also handled some sensitive cases including the murder of badminton national champion Syed Modi and the Reliance-Bombay Dyeing case.