Dependence on coaching classes has grown

The dependence grew owing to factors including academic and peer pressure. 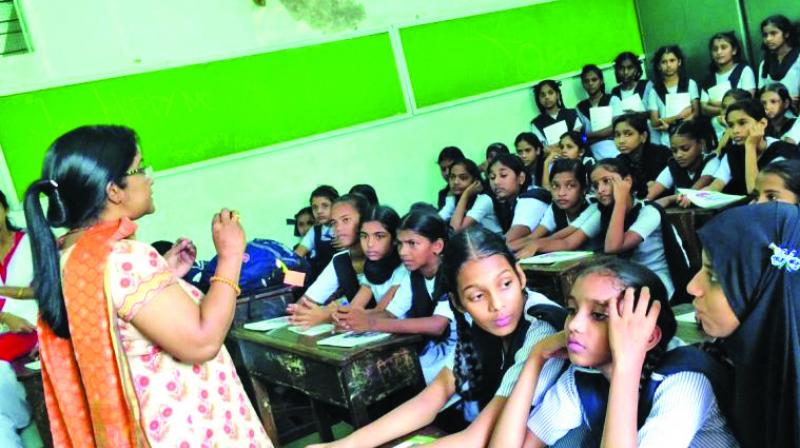 Schools say that their teachers are well paid by the corporation and the government.

Mumbai: Over the last decade, school kids’ dependence on the off-school private coaching classes has increased, according to teachers and parents. The dependence grew owing to factors including academic and peer pressure, parental expectations of parents, rising competition, which makes it almost unmanageable for a child to do it all alone. Despite the state’s Thursday GR (government resolution) barring teachers of state/civic –run schools from conducting private tuitions, many education experts feel that private coaching classes act like a much-needed assistance to young pupils to manage their academic tasks and achieve goals.

Archana Singh, a teacher feels there are certain things a school teacher might give a miss as there are around 40 to 60 students at a class and checking with each and every teacher is impossible for the teacher. “Coaching classes give extra attention to the students as the number of them is less and their target is to not finish the portion but to make a student efficient,” Singh says.

On the other hand, schools say that their teachers are well paid by the corporation and the government. “An aided-school teacher’s (permanent)  starting salary is Rs 40,000 and above according to the Sixth pay commission formed by the government. Hence, financially they are settled,” said Rajesh Pandya, a teacher at Fatima Devi High School, Malad.