Ms Pillai has alleged that when she asked the lawyer something she addressed him as Mr Ponda. 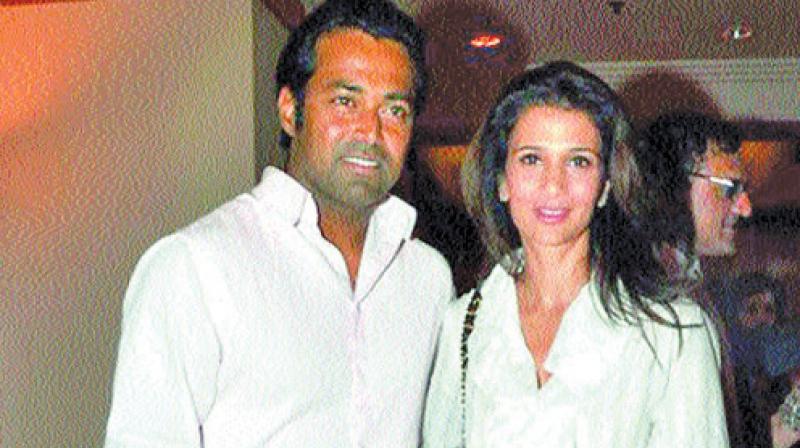 Mumbai: Former model Rhea Pillai, who is fighting a domestic violence case against tennis player Leander Paes, has made a representation before the National Commission for Women (NCW).

She has requested for the appointment of an observer due to the alleged “harassment and humiliation” by Paes’s lawyer.

Ms Pillai issued a statement on Friday that said: “I am making a representation before the National Commission for Women… asking for an observer to be appointed. I have been cooperating with the court and have complied with all the requirements and presented myself on time every time and on oath replied to all questions and provided all documents.”

The statement further read: “I have been subjected to constant harassment and humiliation by Mr Abad Ponda with his sexist remarks and insulting comments. This is not what I came before the court for. I came here for protection from the court and not to be further insulted by the sexist derogatory remarks of a lawyer”.

Ms Pillai has alleged that when she asked the lawyer something she addressed him as Mr Ponda.

“Then he sniggered and spoke very rudely and said I don't even know how to address someone like you,” she has stated in the statement. On another occasion, Mr Ponda allegedly told her, “Which surname should I use I am confused”.

However, advocate Ponda has denied all the allegations levelled against him by Ms Pillai.

“They are absolutely false and baseless. It is sad that they (Ms Pillai) is now trying to attack me. The court records everything that transpires during the proceedings. Point out a single sentence or word to show her allegation is correct. In fact,  have been very soft and kind to her all throughout,” Mr Ponda said.

Advocate Ishwar Nankani, who is also representing Leader Paes and his father Vaes Paes said that was unfortunate that Ms Pillai is stooping to such levels. “She made the same allegation before the court prior to the proceedings today (Friday). The court rejected her allegations and the proceeded with the matter. The court has been recording the evidence exactly the way it is being asked and answered.”

He further replied, “Mr Ponda even agreed on her request to conduct an in-camera trial for some questions today.”