Opposition leader in the Council, Dhananjay Munde, and Mr Ahir met transport minister, Diwakar Raote, over the issue, on Thursday. 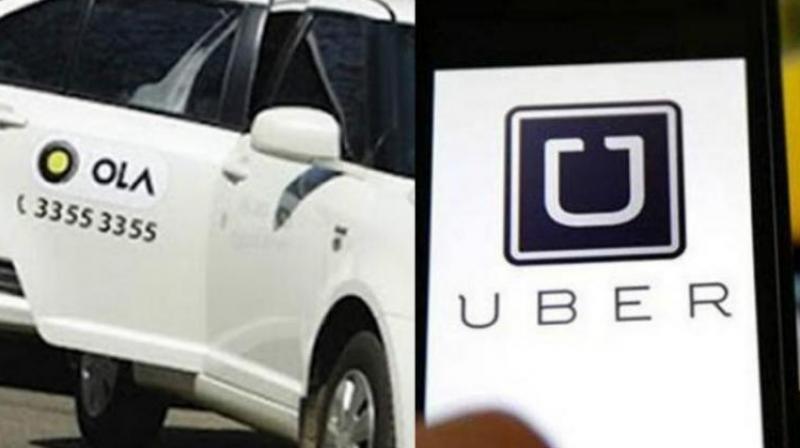 Mumbai: The Maharashtra Rajya Rashtriya Kamgar Sangh (MRRKS) held naka morchas at 20 places in the city on Saturday as part of the ongoing app-based cabs Ola and Uber drivers’ strike.

MRRKS also held a meeting with Sachin Ahir, Mumbai Nationalist Congress Party (NCP) president over the issue and have set up a meeting wi-th meet chief minister Devendra Fadnavis to discuss their demands.

Secretary of MRRKS, Sunil Borkar, said that we have planned a meeting with Mr Fadnavis on Sunday over the cab drivers’ demands. If he does not solve the problem, the protests will be intensified. Mr Borkar added that the drivers protested at 20 places in-cluding Wadala, Chem-bur and others areas.

Meanwhile, a statement issued by MRRKS said that 100 per cent strike was observed on Saturday. They have not received any communication so far from the cab aggregator companies over their demands.

The city has around 50,000 app-based cars. The drivers of these cars have been demanding a minimum base fare of Rs 100 to Rs 150 depending on the range of the cars, while the per kilometre fare should be between Rs 18 to Rs 23.

Opposition leader in the Council, Dhananjay Munde, and Mr Ahir met transport minister, Diwakar Raote, over the issue, on Thursday.