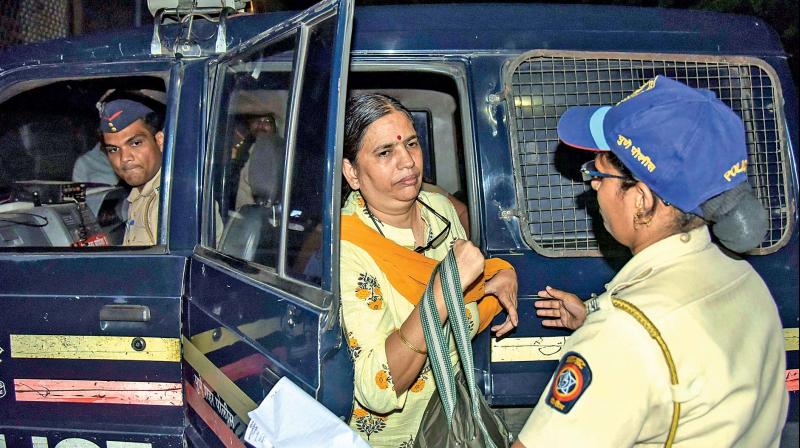 Pune police had arrested Arun Ferreira, Vernon Gonsalves, Sudha Bharadwaj and two others in August this year in connection with the probe into Koregaon-Bhima violence. The police were not able to get the custody of the three activists due to stay orders by various courts. A Pune court on Friday rejected the bail applications of the activists, paving way for the police to take them into custody.

Public prosecutor Ujjw-ala Pawar while asking for 14 days’ police custody said that the accus-ed recruited students from Tata Institute of Social Sciences and Jaw-aharlal Nehru University for the banned maoist party. She said, “Both Fe-rreira and Gonsalves rec-eived funds from banned CPI (Maoist) and police wants to investigate the purpose of the funds? ”

The public prosecutor told the court that Bhar-adwaj was arrested on Saturday morning after Supreme Court’s order of house arrest ended and Pune court rejected bail application on Friday. She while seeking 14 days’ police custody said, “prima facie she (Bhara-dwaj) has links with ban-ned Maoist party. She works for Indian Assoc-iation of Peoples’ Law-yer, the frontal organisation of banned party and has been implementing their plans. “

Rahul Deshmukh, defence lawyer, opposing the police custody said, “Prosecution is changing its stance regularly. They portrayed different picture in SC. Bharadwaj was under house arrest since August 28 and she completed one month in the house arrest. Now police cannot ask for custody as per UAPA, after 30 days’ custody no police custody çan be sought.”