The real estate market having gone for a toss after demonetisation, the government’s hope seems to have been dashed. 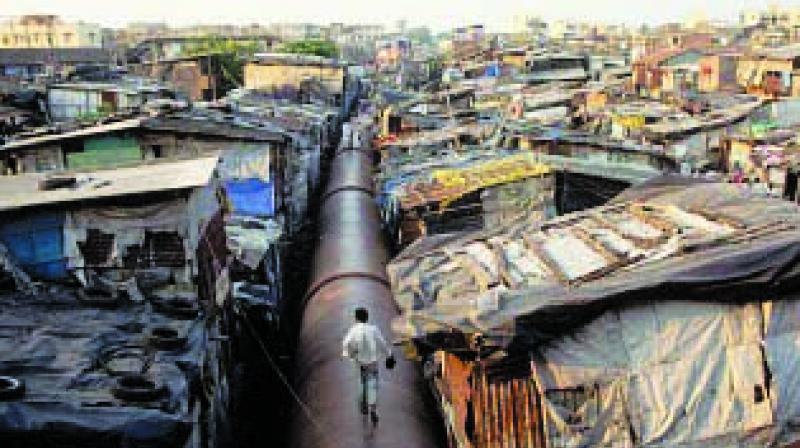 The government has divided Dharavi into several small clusters in order to lure builders.

Mumbai: The Dharavi redevelopment project has hit a brick wall once again. With no response for the redevelopment of Dharavi’s five clusters, the government divided the area into further small clusters hoping that builders would find the option of spending a lesser amount lucrative. However, with the real estate market having gone for a toss after demonetisation, the government’s hope seems to have been dashed. The tenders for the redevelopment of Dharavi. which were expected to be floated by December, now seem to have been postponed and no one knows till when.

Prior to this, the state government had floated bids worth Rs 22,000 crore for the redevelopment of Dharavi, but failed to get any response amid the slowdown in the market and also due to a section of residents from Dharavi opposing the project.

The government had divided Dharavi into five clusters. While cluster five was given to the Maharashtra Housing and Area Development Authority (Mhada) for redevelopment, the other four sectors are to be redeveloped with the help of private participation.

However, after failing to receive any bids, the state government has decided to convert Dharavi into 22 clusters to make it more lucrative for builders. The project will be implemented through a public private partnership model and will get a floor space index of 4. It will be redeveloped under development control regulation (DCR) 33 (9) (A), which was especially framed for the redevelopment of Dharavi, and under which every tenement would be given an area of 350 sq ft, including 50 sq ft feet out of the fungible FSI.