The Leader of Opposition in the state Legislative Council demanded that Rs 50,000 per hectare be given to the drought-affected farmers. 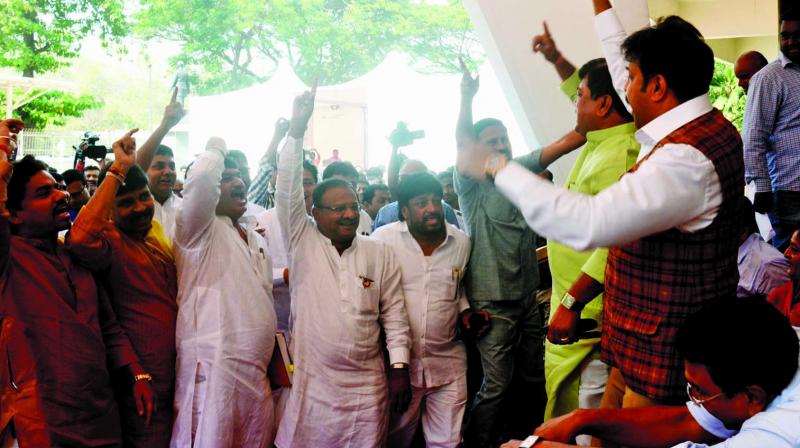 Mumbai: The state Council was adjourned for the day Tuesday over the issue of Maratha reservation. Dhananjay Munde, the Leader of Opposition in the state Legislative Council, alleged that the government had cheated farmers with respect to the loan waiver, crop insurance scheme and pink bollworm. As members of the opposition parties reached the well of the house, the proceedings of the house were adjourned twice and then for the entire day.

While moving the adjournment notice in the Council Tuesday, Mr Munde said that until relief was provided to drought-affected farmers and reservation given to the Maratha, Dhangar and Muslim communities, they would not allow the upper house to function. He criticised the government over the loan waiver scheme, crop insurance scheme and pink bollworm.

The Leader of Opposition in the state Legislative Council demanded that Rs 50,000 per hectare be given to the drought-affected farmers. A bill for the Maratha reservation and a report of the state backward classes’ commission and TISS be tabled. However, Council chairman Ramraje Nimbalkar rejected the adjournment notice.

Revenue minister and leader of the upper house Chandrakant Dada Patil said that the Opposition felt that if the reservation was given to the Maratha community, the ruling party would be given credit and hence, it was creating hurdles in the functioning of the house. Amid this, members of the opposition parties as well as members of the treasury benches raised slogans in the house.