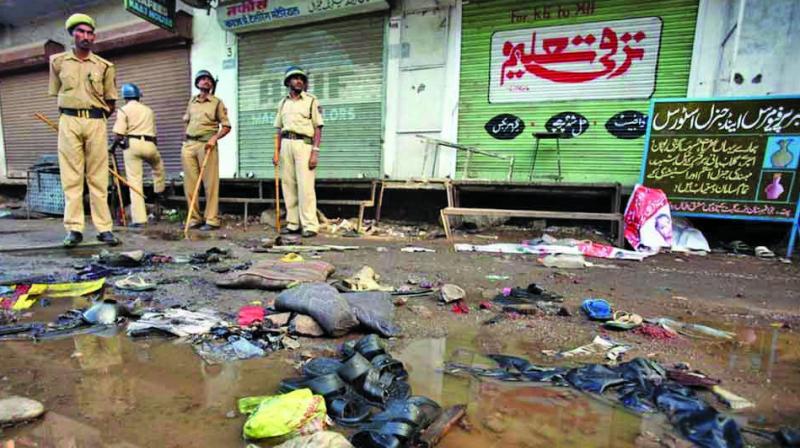 Pragya Thakur’s kin said they will examine the detailed order and would decide about next course of action.

Mumbai: The special NIA judge Shripad Tekale on Wednesday, while deciding discharge applications filed by seven accused in the 2008 Malegaon bomb blast case, took into account the chargesheets filed by two investigating agencies — the Maharashtra Anti Terrorism Squad (ATS) and National Investigating Agency (NIA). The judge observed, "In view of the laid evidence it has to be said that the investigation report filed by the NIA has not wiped out, directly or impliedly the initial investigation conducted by the ATS. The investigation report filed by the ATS is also required to be considered along with the report of NIA, to see whether there is prima facie case against the accused."

Of these accused, only Dhawde got relief to the extent that all the charges against him have been dropped except Arms Act and his trial, along with Jagdish Mhatre, have been separated and would be tried by a competent court. Meanwhile, based on the material available on record, while deciding about on what charges should be framed against accused, judge Tekale concluded that there was no material against Shivnarayan Kalsangra, Sham Sahu and Praveen Takkalki and discharged them. 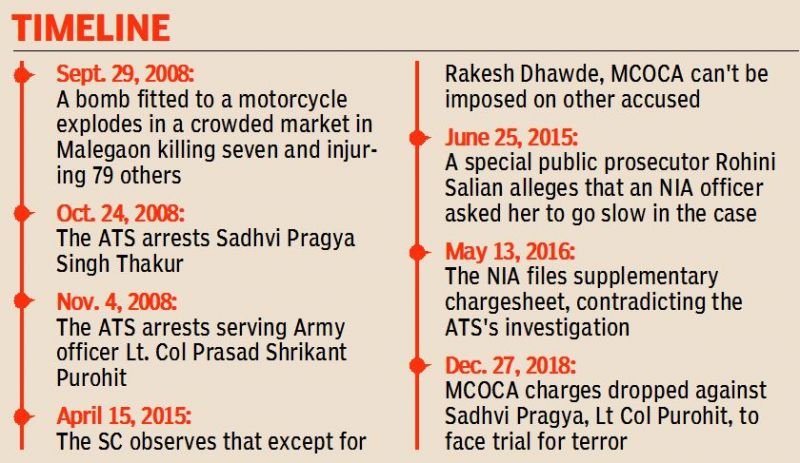 While reacting to the court order, Sadhvi Pragya Singh Thakur's brother-in-law Bhagwan Jha said, "The order is not appropriate. A reliable agency has given a clean chit to Sadhvi, and hence we were expecting that the court will discharge her from the case." He also said that they will examine the detailed order and would decide about next course of action.

He added, "When the elite investigating agency of our country has given her clean chit than we are hopeful that even court would one day give order in her favour."

An NIA officer on condition of anonymity said, "The court's decision is in consistence with the NIA chargesheet, so we don't think this is against us."