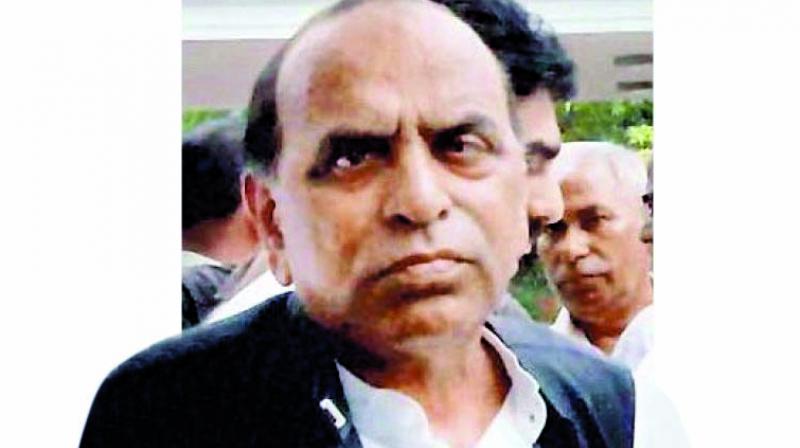 Mumbai: Nationalist Congress Party (NCP) general secretary D.P. Tripathi on Thursday said that efforts were on by all Opposition parties to field a single candidate against Prime Minister Narendra Modi in the Varanasi Lok Sabha constituency.

Mr Tripathi also said that the NCP would not only support Congress president Rahul Gandhi in Amethi and UPA chairman Sonia Gandhi in Rae Bareli but also campaign for them. He also appealed to all parties to extend their support to former Jawaharlal Nehru University Students’ Union president Kanhaiya Kumar in Begusarai.

Addressing a press conference at South Mumbai on Thursday, Mr Tripathi said that NCP chief Sharad Pawar has directed him to support the Gandhis. “We will also campaign in both their constituencies,” he said.

The NCP leader said that Mr Kumar, who has emerged as a symbol of students’ resistance against the Modi government, should be supported. Some political parties have accepted our appeals to support Kanhaiya Kumar. “We are also appealing to the Congress to support him. The NCP will also support him wholeheartedly,” he said.

Mr Kumar was fielded by the Communist Party of India (CPI) while the Rashtriya Janata Dal (RJD), which has a strong base among Muslims and Yadavs in Begusarai, has fielded Tanveer Hasan. The BJP-led NDA has given a ticket to its firebrand leader Giriraj Singh to contest the seat.

The leader also said, “As we are contesting a limited number of seats, wherever the Congress-led Maha Aghadi does not have a candidate, the party will support the candidate who is standing against the BJP.”

Mr Tripathi also said that the model code of conduct should be strictly implemented and said that the Election Commission of India should take cognisance of the upcoming biopic of Mr Modi.