Juhu beach littered with garbage thrown back by sea

Environmentalists have stated that it is the strong wind action over the sea that is puking out plastic lying in the bottom. 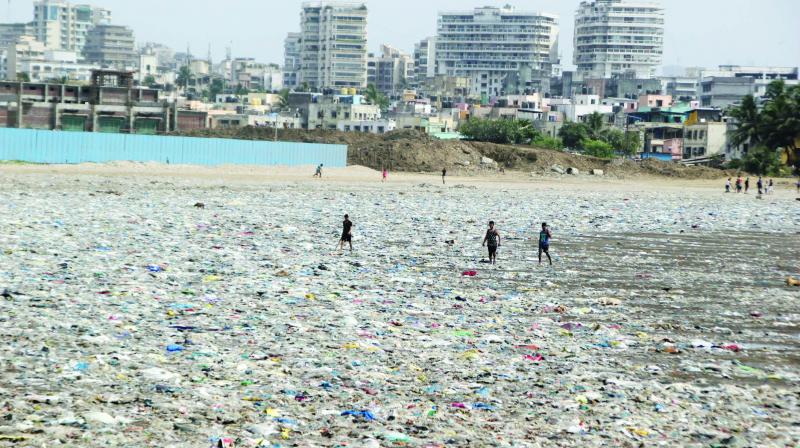 Plastic bags are strewn all over the beach. (Photo: Mrugesh Bandiwadekar)

Environmentalists have stated that it is the strong wind action over the sea that is puking out plastic lying in the bottom, a annual phenomenon before and during the monsoon. “This happened on Sunday evening when there were more than 80,000 kilograms of plastic garbage scattered over the beach. However, the sad thing is that it is not only littering of plastic bags, but it is coming from the sea. Citizens throw plastic waste in storm water drains, rivers and creeks, which end up into the sea,” said activist Godfrey Pimenta.

The incident happened on the day when Versova beach saw a massive cleanliness drive in the run-up to World Environment Day, where 6,000 volunteers including lawyer Afroz Shah, executive director of United Nations Environment Programme  Erik Solheim, took part. However, activists have stated that during the onset of monsoon, most of the city’s beaches face the same fate. “Even though the civic body keeps cleaning beaches at regular intervals, it becomes difficult during the monsoon,” said marine activist Pradip Patade.