First merit list for FYJC to now be released on July 12. 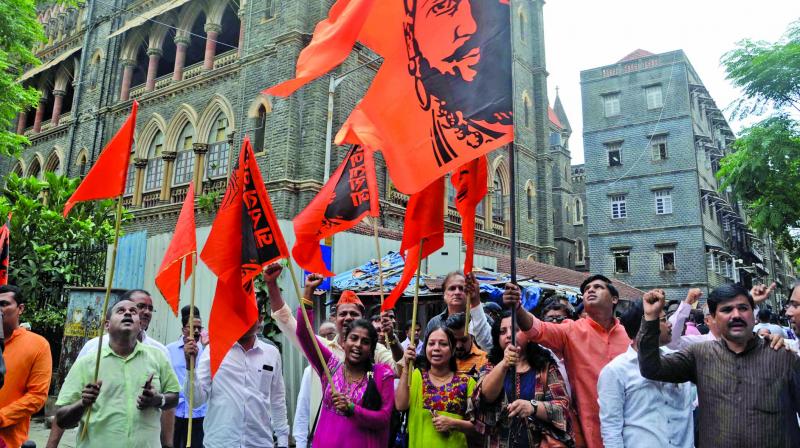 28,636 seats are reserved for the community if the quota is capped at 10 per cent.

Mumbai: A day after the Bombay high court upheld the Maratha reservation in education and jobs, the state government on Friday said that Maratha students who had opted for general category while filling application form during FYJC admissions can change their choice and opt for the Socially and Educationally Backward Class (SEBC) category.

After a thorough  scrutiny, it was found that students belonging to the Maratha community had taken admission under the general category, Mr Shelar said.

School education minister Ashish Shelar informed the legislative Assembly that 34,251 seats are reserved in educational institutions if one goes by the Bombay high court’s diktat of capping the Maratha reservation at 12 per cent. On the other hand, 28,636 seats are reserved for the community if the quota is capped at 10 per cent. Mr Shelar announced that 4,557 applications have been received under SEBC category so far.  He also added that parents would have to give an undertaking if they do not posses a SEBC certificate.

It is being feared that many Maratha students had applied under the general category as they lacked the SEBC certificate. The minister announced that draft of the undertaking has been made available online.

Mr Shelar said that after taking admission under the SEBC category, students would be given a three-month period to submit the certificate. In a major victory for the community, the court on Thursday upheld Maratha reservation.