Later, rescuers of the Wildlife Welfare Association rescued the snake, which had taken refuge in Sharma's gumboots, and released it near a green zone. 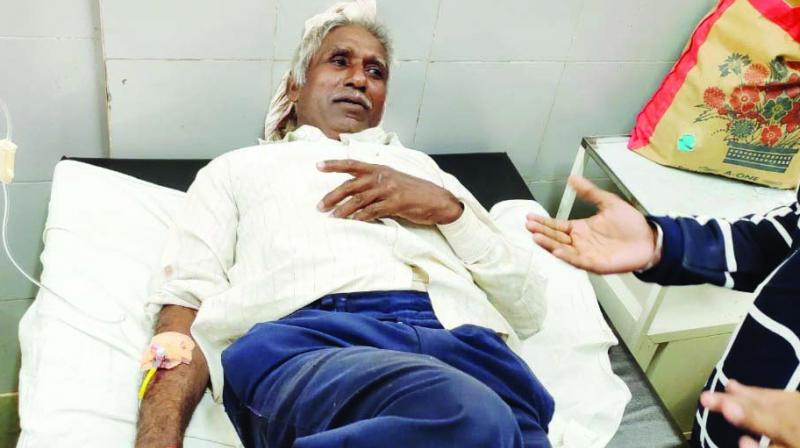 Mumbai: A 52-year old man was rushed to Thane civil hospital after a juvenile Russell's viper slithered into his home in a labour camp and bit him on Sunday evening. The patient, Ramnarayan Sharma (52), is out of danger and recuperating at the hospital.

Mr Sharma, a labourer, had returned home from a construction site at Kolshet in Thane district and was about to sleep when he felt a sting behind his left ear.

"I was scared and alerted my neighbours who raised an alarm and then rushed me to the hospital," he said.

Later, rescuers of the Wildlife Welfare Association rescued the snake, which had taken refuge in Sharma's gumboots, and released it near a green zone.

A doctor treating Mr Sharma at Thane civil hospital said, “He is out of danger as he was brought within the golden hour. We have administered vials of antivenom, and he’ll be discharged in two or three days.”

The president of Wildlife Welfare Association, Aaditya Patil, told The Asian Age, “Usually, this is the time when female Russell's vipers deliver their offspring. In fact, the females always go to the corners of a house where the temperature is relatively warm to deliver.”