Met dept has warned Maharashtra and Gujarat governments to prepare for Wednesday. 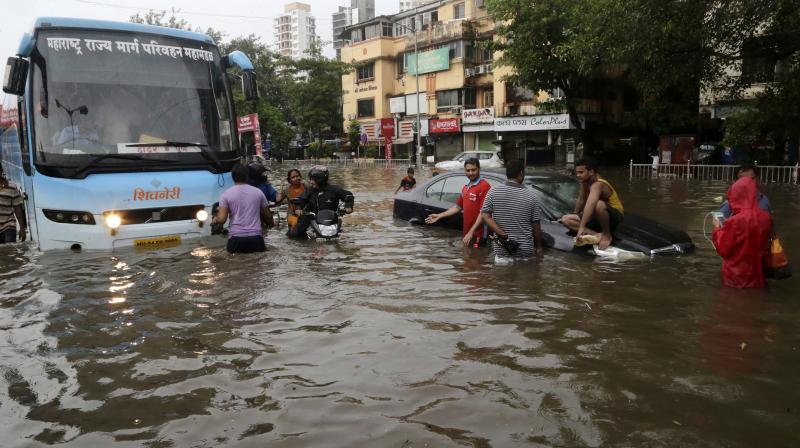 New Delhi: The Met Department on Tuesday warned of heavy rains in the next 24 hours in Mumbai and its satellite cities where an incessant downpour has thrown normal life out of gear.

The Navy has sent out five flood rescue and two diving teams to help people wherever needed.

While rains continued throughout the day, the morning saw the worst of its brunt.

India Meteorological Department (IMD) Director General K J Ramesh said the Santacruz weather station, which is in the suburban part of the city, has recorded 8 to 9 cm (80-90 mm) of rainfall from 8:30 am to nearly 11:30 am.

The Colaba weather station has recorded 15 cm to 20 cm (150-200 mm) of rainfall during the same time period, Ramesh added.

"Ten to 15 cms of rainfall in a day is normal for Mumbai. The one the city received on July 26, 2005 was unprecedented," Ramesh said.

He also said the IMD office in Mumbai was in constant touch witgh the state authorities about the weather.

The IMD has already warned Maharashtra and Gujarat governments to be prepared for heavy to very heavy rainfall in the next 24 hours.