14 buses were attacked by the stone-pelters, damaging the glasses of 27. 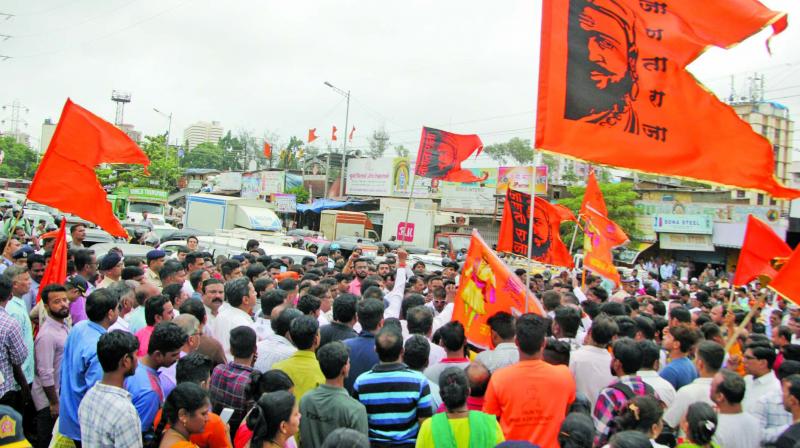 The Maratha Sakal Samaj had a bandh on July 25.

Mumbai: The Brihanmumbai Electric Supply and Transport (BEST) administration on Tuesday informed the BEST committee that the undertaking had suffered losses to the tune of Rs 4,128,480 including damages worth Rs 145,480 due to the July 25 bandh called by the Maratha Sakal Samaj (MSS), an umbrella body of Maratha groups. However, committee members did not utter a single word about the vandalism that MSS engaged in on the day of the bandh.

The MSS has been demanding reservation in employment and education for the last couple of years but the state government has only been coming up with schemes ever since.

According to the information proposal, which was circulated among members and the media, the first call for stone-pelting was received by the BEST at 6.00 am from Koparkhairane in Navi Mumbai. Services were immediately terminated in Vashi and Airoli. The second incident was reported from Chandivali at 7.30 am where bus tyres were deflated. Tyres of ten buses were deflated at ten places.

The mob tried to burn bus numbers 501 and 517 at Mohite Patil Nagar. A total 14 buses were attacked by the stone-pelters, damaging 27 glasses of these buses. However, nobody was injured in the bandh. Loss in damages was Rs 145,480 while revenue loss was Rs 39.83 lakh.

The BEST administration registered these incidents at the respective police stations.