After quitting the Cong in 2017, Rane wanted to join the BJP. However, the Sena strongly obje-cted to the move. 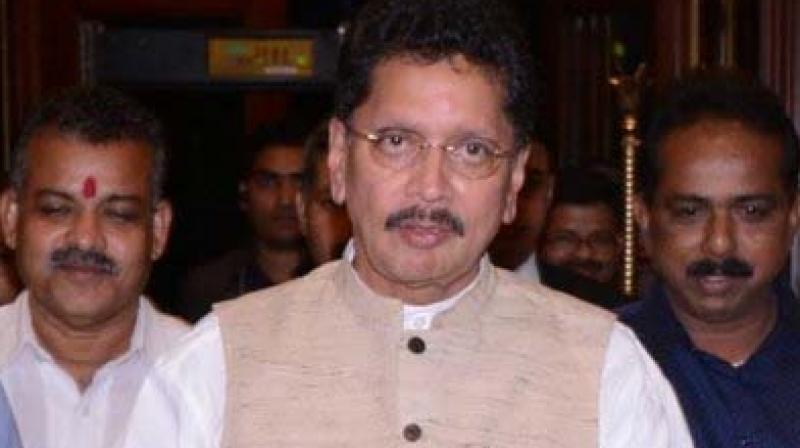 Mumbai: The Shiv Sena is once again trying to thwart former chief minister Narayan Rane’s plans to join the BJP.

Sena minister Deepak Kesarkar said that inducting Mr Rane into the BJP would be like “adding salt to sweet milk”, hinting at how such a move would spoil the ties between the saffron allies.

“Given the kind of relationship that chief minister Devendra Fadnavis and Uddhav Thackeray share and the way in which they have together come to power, letting Mr Rane join the BJP will be like adding salt to sweet milk. We know the chief minister will not take such a decision,” Mr Kesarkar said. Mr Rane had recently hinted that he would join the BJP by merging his political outfit, Maharas-htra Swabhiman Paksha, with the saffron party.

While the Sena was earlier silent on the issue, Mr Kesarkar’s statement has once again proved that the party is trying to create obstacles in Mr Rane’s path.

A couple of years ago, too, the Sena had put a spanner in the works by objecting to Mr Rane’s induction into the BJP.

After quitting the Congress in 2017, the Konkan strongman wanted to join the BJP. However, the Sena, which is the BJP’s ally in the state government, strongly objected to the move due to which Mr Rane had to abandon his plans and instead form the MSP.

Mr Rane, a former Sena man, quit the Sena in 2005 over differences with Uddhav Thackeray.