The project is expected to be completed by September 2022. 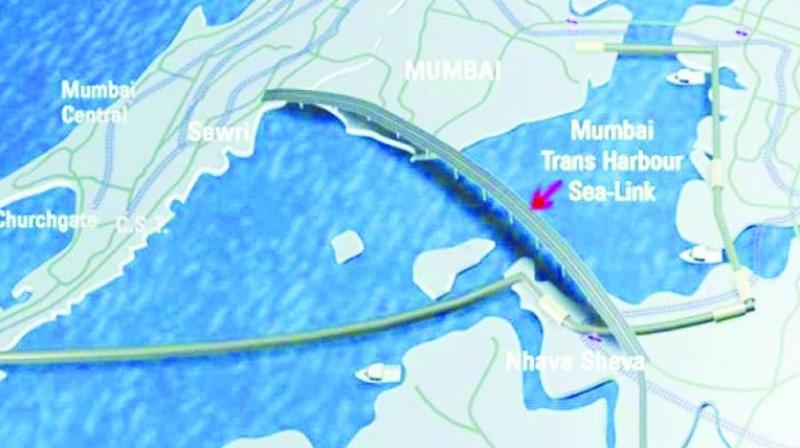 Mumbai: MMRDA officials on Sunday visited the MTHL (Mumbai Trans-Harbour Link) construction site to check on the ongoing work of the Sewri-Nhava Sheva connector. According to the officials, nine per cent of the project has been completed so far.

R.A. Rajeev, metropolitan commissioner, MMRDA, visited the MTHL site and noted overall nine per cent progress of the project that will provide easy connectivity between the island city and the mainland.

During the visit, the metropolitan commissioner launched Reverse Circulation Drilling Rigs (RCDs) at the intertidal zone that are imported from Germany for speedy construction work in the marine area. The commissioner thereafter instructed the contractors to deploy more machines to achieve the scheduled completion.

There are a bunch of oil pipelines belonging to HPCL, ONGC, BPCL etc. across the MTHL alignment at a chainage around 4.5km from Sewri. The physical identification of pipelines at two locations in packages 1 and 2 by sending divers up to the seabed was in progress in the presence of the representatives of stakeholders.

The MTHL touches land at Shivajinagar on the Navi Mumbai side and the commissioner visited the casting yard of package 2 and the ongoing construction work of the 2,100m long temporary bridge. The project is expected to be completed by September 2022.