Nearly 2.25 lakh water connections in the city have been provided to slums. 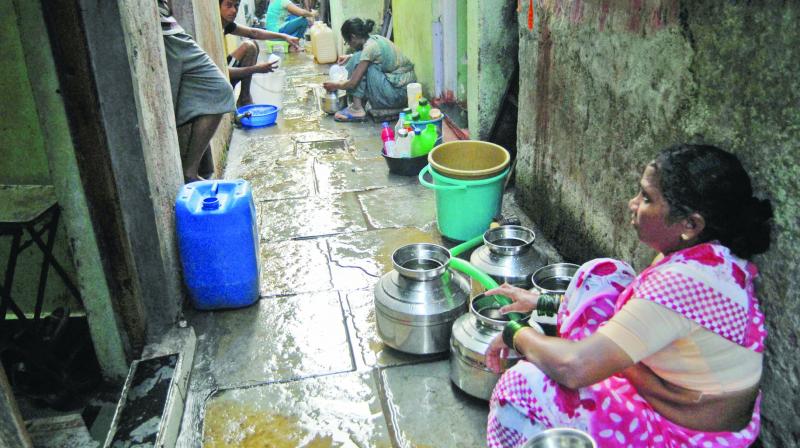 The civic body presently provides a water connection to a group of five slum dwellers at a minimum.

Congress corporator Pushpa Koli had proposed that if a single or two slum dwellers seek water connection, the BMC should provide them by verifying their documents and charging an appropriate fee. It will prevent the practice of illegal water connections and also ensure a rise in municipal revenues, she said.

Replying to her, the civic administration has made it clear that it will not be possible to provide a connection to a single slum dweller. If water supply is provided to every single slum dweller, the connections will have to be increased in large numbers, which is not possible due to several technical difficulties.

“To provide water connection to a single slum, the size of water pipeline needs to be big. But it is not possible to lay big water mains in slums, as roads there are very narrow. The slum areas also do not have sewage disposal system. If water is supplied in large quantity, the water drainage problem is likely to arise there,” said a senior civic official.

According to civic officials, city’s population is about 1.25 crore, of which nearly 52 percent live in slums. Out of the 4.5-lakh water connections in the city, nearly 2.25 lakh have been provided to the slums.

According to BMC, the water tariff regulations upto May 1994 had the provision of providing water connection to 15 or more slum dwellers. However, it was later relaxed up to a number of five slum dwellers from May 27, 1994.