BMC decided to set up enquiry into 'unprofessional and unethical' conduct of staffers of the hospitals concerned. 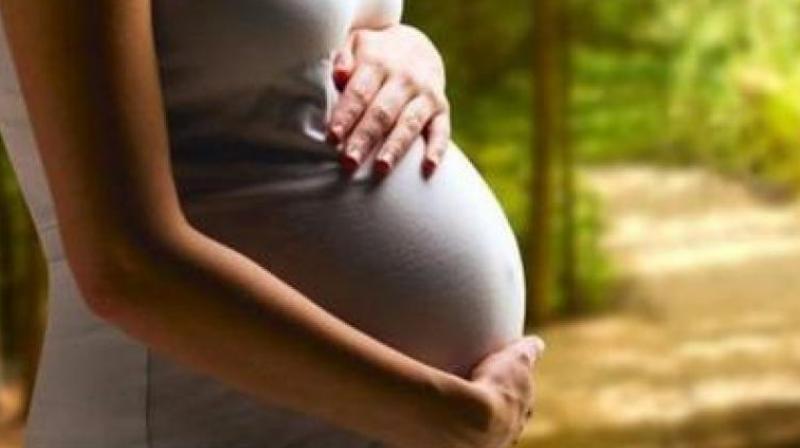 The woman, identified as Surekha Tiwari, delivered a baby in a compartment of a suburban train ahead of the Dadar railway station. (Representational Image)

Mumbai: A 26-year-old woman delivered in a local train in Mumbai on October 25 after she was allegedly refused admission by at least two civic-run hospitals and was directed to approach another facility in Central Mumbai while she was in labour, her husband alleged Monday.

Taking a serious note, the Brihanmumbai Municipal Corporation (BMC) has decided to set up an enquiry into the "unprofessional and unethical" conduct of the staffers of the hospitals concerned, a senior officer said.

The woman, identified as Surekha Tiwari, delivered a baby in a compartment of a suburban train ahead of the Dadar railway station when she was travelling to Nair Hospital in Central Mumbai along with her husband Sushil Tiwari, after she was allegedly turned away by two civic hospitals in suburban Bhayander and Kandivli.

Nair Hospital is one of the premier medical facilities run by the Mumbai civic body. Sushil claimed that he first rushed his wife to Tembha civic hospital in Bhayander in the wee hours of October 25, after she went into labour.

"The hospital staffers gave her some tablets and told me to take her to the Shatabdi Hospital in Kandivli (a distance of around 17 kms from Bhayander), saying they don't want to take risk," claimed Sushil, who works as a security guard in Bhayander, an extended suburb in the Mumbai metropolitan region.

Sushil claimed when he and Surekha reached the Shatabdi civic Hospital, the nurses there refused to admit her for want of case papers from the Tembha hospital.

"I had no option but to leave my wife in labour pain and rush back to Bhayander to bring the case paper. When I returned to Shatabdi Hospital at around 11.30 am, the doctors there asked me to go to Nair hospital in Mumbai Central, which is located around 33 kms away from Kandivli," he said. Sushil claimed that the doctors didn't give any reason for ordering shifting of Surekha.

"I mustered courage and boarded a local train with my wife to avoid road traffic. As soon we boarded the compartment, my wife started writhing in pain. She delivered a boy when the train was approaching the Dadar station at around 1 pm," he claimed.

Sushil said other passengers in the compartment advised us to get down at Prabhadevi station and rush to the state-run KEM hospital. Sushil said he had to rush his wife, who was bleeding, to KEM Hospital with the umbilical chord of the newborn still intact.

He claimed that no passenger came to their help except an RPF (Railway Protection Force) personnel who flagged down a taxi. "When we reached the KEM Hospital, the doctors cut the umbilical cord of the newborn and admitted him in the ICU," said Tiwari.

When contacted, a Shatabdi Hospital doctor refused to comment on the allegations. Officials at Tembha hospital could not be contacted. Doctors at the KEM hospital said the infant weighed just 950 grams at the time of the birth, but is doing fine now.

Chief medical superintendent of BMC-run hospitals Dr Shashikant Wadekar said the incident, if it has happened, is really "unfortunate". "An inquiry will be conducted into this unfortunate incident. If hospital staffers are found guilty, then action will be taken against them," he said.