The amendment in the bill had allowed farmers and traders to sell their agricultural produce outside the Agricultural Produce Market Committee. 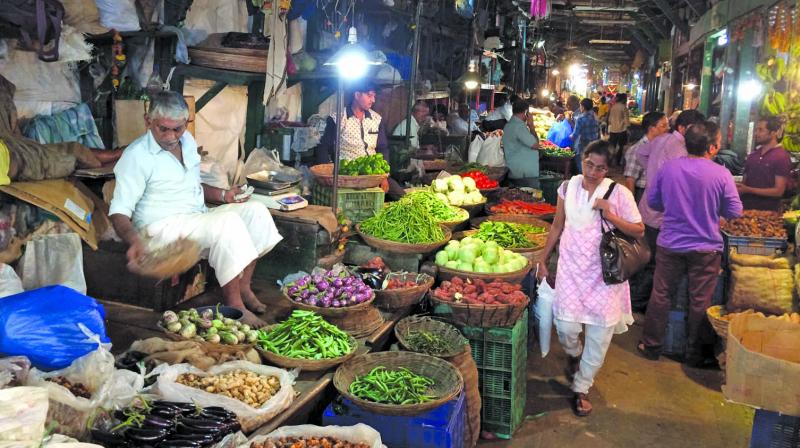 The APMCs had annou-nced a two-day statewide bandh to protest against the decision.

Mumbai: The state government on Wednesday faced a major embarrassment as it had to withdraw the third amendment bill to Maharashtra Agricultural Produce Marketing (Development and Regulation) 2018 from the upper House after a strike called by the apex body.

The amendment in the bill had allowed farmers and traders to sell their agricultural produce outside the Agricultural Produce Market Committee.

The Legislative Assembly on Tuesday had passed the bill and was tabled in the upper House on Wednesday. But faced with statewide protests from APMCs, the government was forced to withdraw the legislation.

The legislation, which sought to deregulate APMCs, has sparked off protests all over the state. The APMCs had announced a two-day statewide bandh to protest against the decision. It may be noted that the Maharashtra State Market Committees Federation, the apex body of Agricultural Produce Market Committees, is mainly controlled by the Nationalist Congress Party (NCP).

In the Legislative Council, the ruling members moved a motion seeking to refer the bill to a select committee of the House for review and referring back to the House within two months.

Subhash Deshmukh, minister for marketing, sought the permission of chairman Ramraje Nimbalkar to withdraw the bill.

Meanwhile, the market at Agricultural Produce Market Committee had been closed since Tuesday to protest against the decision taken by the government, denotifying all agri-commodities from the purview of markets and letting the farmers and traders sell produces freely without the compulsion of middlemen.

According to the committee, since Tuesday, the arrivals and despatch of vegetables had been stopped, as the market was observing a shut down.