Women to get necklaces with panic button

The panic chip will be given to women in the form of a chain, which will cost the state exchequer Rs 1,000 a piece. 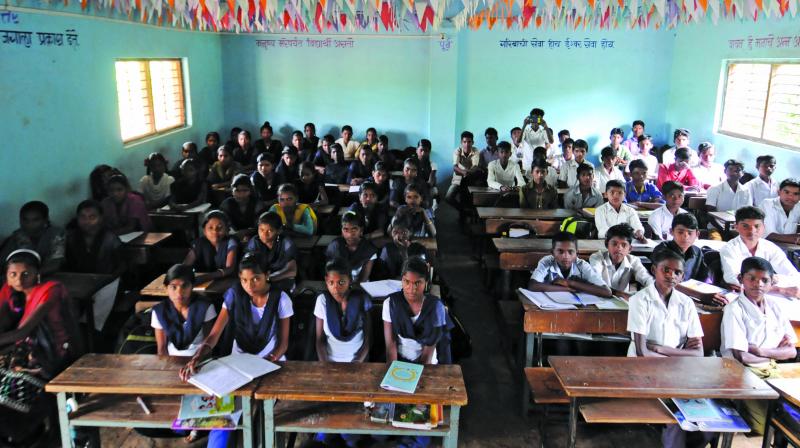 File picture of an ashram school.

Mumbai: The Maharashtra government will make available “chains” (necklaces) with a panic button for women which can be used to send a distress signal to police in emergency. The announcement was made by minister of state for home (rural) Deepak Kesarkar while replying to a discussion on crimes at ashramshalas (government-funded residential schools) in the Legislative Council Wednesday.

The panic chip will be given to women in the form of a chain, which will cost the state exchequer Rs 1,000 apiece. The government is considering providing it on subsidy. The government will also appoint women superintendents in ashram shalas.

Eight girls were sexually harassed at Minai ashram shala, Kurlap, Walva tehsil, Sangli, in western Maharashtra in September this year. Neelam Gorhe, MLC raised the issue in the upper House on Wednesday. She demanded that a security committee be appointed for the security of women. Congress MLC Husna Bano Khalife, NCP MLC Vidya Chavan and Shiv Sena MLC Manisha Kayande expressed concern over the security of women at ashram shalas.

While replying on the issue, Mr Kesakar said that if women pressed the panic button while they were being harassed, the police would come to know the location of the incident. The government was contemplating making available the panic button chain at a subsidised rate of Rs 1,000.

Meanwhile, minister for VJNTs, OBCs and SBCs (special backward classes) welfare, Ram Shinde, told the state Legislative Council that henceforth, women superintendents would be appointed in women’s ashram shalas and hostels across the state. Similarly, direction had been issued to appoint a Vishakha committee in ashram shalas.

Mr Shinde also informed that 14 personnel had been suspended in connection with the sexual harassment of the girls at Minai ashram school and an administrator had been appointed there.