Rubina's lawyer Farhana Shah argued that the three co-accused in the same case, have been released from jail temporary on leave. 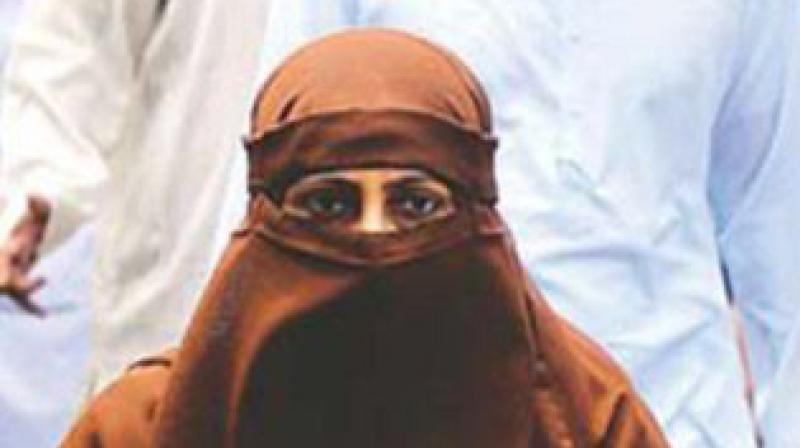 Rubina is also sister-in-law of Tiger Memon, believed to be living in Pakistan and one of the prime conspirators of the serial blasts.

"We are not inclined to release the petitioner (Rubina) on furlough as she had been convicted by a TADA court for her involvement in terrorist activities," said a bench of Justice V K Tahilramani and A M Badar in a recent judgement.

Rubina is also sister-in-law of Tiger Memon, believed to be living in Pakistan and one of the prime conspirators of the serial blasts that had rocked the city in March, 1993, claiming 257 lives and injuring more than 700 others.

Rubina was sentenced to life imprisonment along with three other family members by a Mumbai TADA Court in 2006, while her husband Sulieman was acquitted due to lack of evidence. Her brother-in-law Yakub was sent to the gallows on terror charges.

Rubina, currently lodged in Pune's Yerwada prison, had applied to jail authorities for furlough leave on January 22, 2015. However, her plea was rejected on January 15, 2016.

Aggrieved, she filed an appeal which was dismissed in May this year.

Thereafter, she moved the High Court by a writ petition seeking furlough leave, which was rejected last week.

Rubina's lawyer Farhana Shah argued that the three co-accused, who have also been convicted under TADA in the same case, have been released from jail temporary on leave.

As the three co-accused, who were similarly placed with Rubina in the 1993 bomb blast case, had been given furlough leave, the petitioner should also be given the same facility, i.e furlough leave, Farhana argued.

This Rule states that prisoners whose release is not recommended by Commissioner of Police or District Magistrate on the ground of public peace and tranquillity, shall not be granted furlough.

The prosecutor said that in the order jail authorities rejecting Rubina's furlough, it was stated that the petitioner is wife of brother of Yakub Memon. She will spend her period of furlough in Mahim area in Mumbai, where people of all communities reside.

"If she is released on parole people will turn up to meet her in large numbers and there would be a law and order problem, particularly in view of the fact that during the funeral of Yakub Memon, a huge crowd had turned up," the order stated.

The prosecutor also pointed out that as Rubina has been convicted under TADA hence under Rule 4(13) of Prison Tules, she would not be entitled to be released on furlough, as this rule states that prisoners who are convicted for terrorist crime shall not be released.

The prosecutor argued that admittedly, the petitioner (Rubina) is convicted under TADA, hence, she is not entitled to be released on furlough. He pointed out that the Bombay High court in two decisions has held that sub rule 13 to Rule 4 is not ultra virus.