Matheran toy train to be partially operational, inspection on February 6

The CR had officially written to the Railway Board in Delhi & told it that the expenditure to restart services would cost around Rs 8 crore. 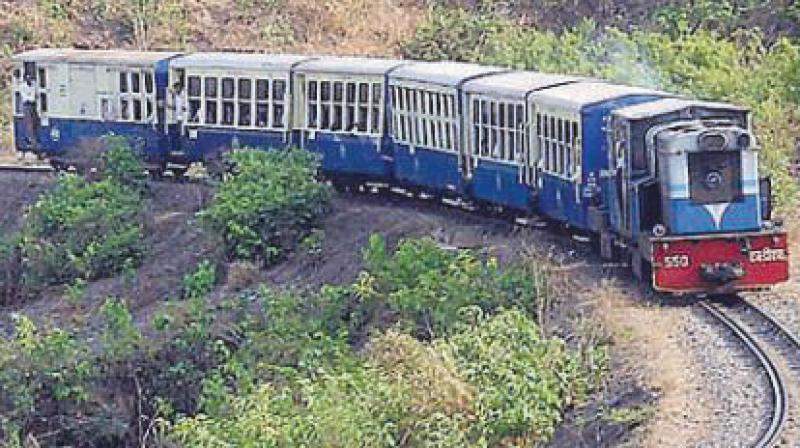 The line is inching its way to safety after services on it was suspended in May last year.

Mumbai: The Central Railway (CR) is trying to start Matheran toy train services between Neral to Aman Lodge before the monsoon. The Research Design Standard Organisation (RDSO) will inspect the section between Neral to the Waterpipe station on February 6, as that section is trickier.

Officials said that the line is inching its way to safety after services on it was suspended due to two consecutive derailments in May last year.

An official said, “The Neral to Waterpipe section is problematic because the ballast in the section has not gone through the deep screening to which we usually subject a railway line.”

Before it was suspended, the toy train was available from Neral itself and one had to stand in a queue for 45 minutes before the scheduled departure to book a ticket and it would normally take roughly two hours to reach Matheran aboard the toy train.

The issue that remains between the Aman Lodge and Matheran station, where the CR hopes in building anti-crash barriers, as the line is built along a steep hill. Confirming their plans to start a partial line, CR’s divisional railway manager Ravindra Goyal said, “If all goes well, we are currently trying to get the section to start the Aman Lodge to Matheran section before the monsoon.” He further added, “It is obviously important that we make sure all the due diligence and work is done before the services are started.”

The CR had officially written to the Railway Board in Delhi and told it that the expenditure to restart services would cost around Rs 8 crore.