The paediatric and gynaecology departments, where staff nurses are often the first-responders to emergencies, were also allegedly affected. 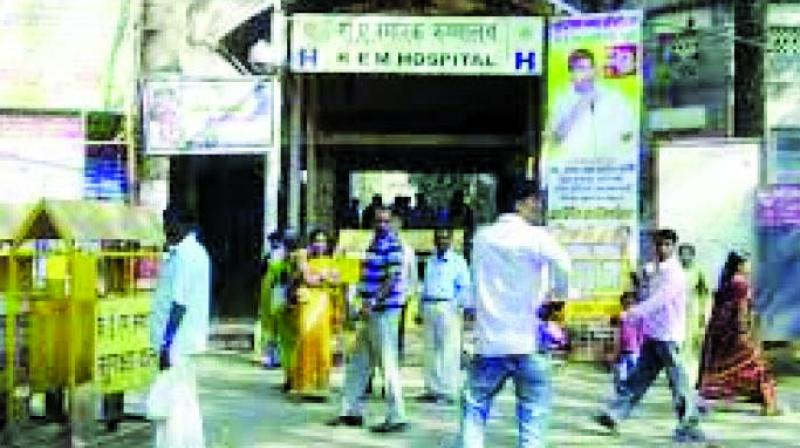 There are 900 nurses in KEM hospital.

Mumbai: Nearly 100 out of the 167 staff nurses working in the civic-run KEM Hospital have been on an outing, which allegedly affected the patient-care services, according to sources. While one batch of 50 nurses left for a resort in Ghodbunder Road, Thane on Wednesday night, the other left on Thursday morning, the sources said.

Staff nurses play a vital role in patient-care and assisting doctors. The hospital's dean, however, said patient-care services were not affected and that the nurses had utilised their leaves and spent their own money.

Nita Pawar (35), a patient in the female ward, who had been admitted for back surgery, said, “We have been facing problems as the nurses that are present are juniors and unable to assist us.”

The paediatric and gynaecology departments, where staff nurses are often the first-responders to emergencies, were also allegedly affected.

Talking to The Asian Age, Ms Pawar said, “No one is there for me. We are feeling (the impact of) staff crunch. We are not blaming them for going on a picnic.”

She added that alternative arrangements should have been made in the civic hospital.

Another patient, who did not wished to named, said, “My kid has pneumonia. Senior nurses are not to be seen.”

When asked about the alleged absence of the 100 nurses, KEM Hospital dean Dr Avinash Supe said, “There are around 900 nurses including students and matrons. Batches of 50 nurses have gone on a picnic with their own contribution.”

He added, “This was an adjustment of their compensatory off for extra duty on holidays. We have recently employed new 100 nurses. Patient services have not been affected. This helps for team building and group work.”