The CAG pointed out that repairs and maintenance work were split into many parts and awarded to single bidders. 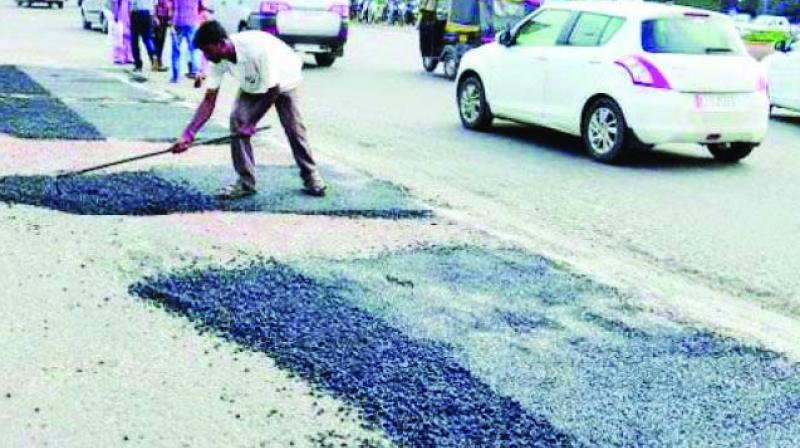 MUMBAI: The Comptroller and Auditor General (CAG) has said some works related to the repairs and maintenance of state highways in Maharashtra were allegedly awarded in violation of the government norms and also flagged the issue of unpaid bills of contractors.

The CAG pointed out that repairs and maintenance work were split into many parts and awarded to single bidders. It revealed that as against 15,674 works planned, only 14,641 (93 per cent) were completed by March 2017.

“The repairs and maintenance norms were outdated and needed revisions. The annual repair programmes taken up by the (public works) department were not commensurate with the funds released by the government, thereby creating huge financial liability towards unpaid bills,” it stated.

The overall pendency of bills as on March 2017 was Rs 368.35 crore whereas dues amounting to Rs 110.73 crore were pending for more than two years in contravention of Central Vigilance Commission guidelines, which stipulate that payment of contractors’ bills should not be delayed, the CAG said.

“There were instances of execution of works approved in one group and executed from another group. Works were split into many parts and awarded to single bidders, labour co-operative societies and unemployed engineers, contrary to the government instructions,” it stated.

There were instances of execution of works in defect liability period from other works, resulting in avoidable excess expenditure and drainage works were not executed as per original estimates, the report stated. The liability period refers to duration in which the contractor is responsible for repairing or rectifying defects that appear in the works.

The CAG stated also that the internal control mechanism was weak because  of which the bills were paid without ensuring the mandatory quality control test results.