Locals and activists said that even during extreme summer conditions, the temperature around Aarey Colony remains pleasant. 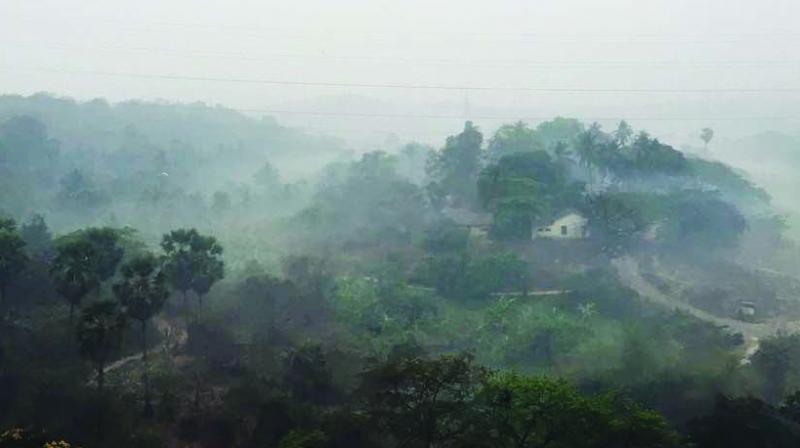 Since Aarey is forested, one can expect mist there.

Mumbai: While Mumbai was grappling with heat wave-like conditions since Sunday, when the mercury soared up to 41 degrees, it seems that Aarey Milk Colony helped in regulating the temperature in the area.

A video showing a misty morning at the same period has surfaced on  the social networking site Twitter, highlighting the need to save the green lungs of the city.

Locals and activists said that even during extreme summer conditions, the temperature around Aarey Colony remains pleasant. Indian Meteorological Department (IMD) officials stated that the weather condition in the colony could be attributed to formation of mist during lower temperatures that can be witnessed early morning.

“Since Aarey Colony is thickly forested area, you can expect the formation of mist during early mornings. Even there has been decline in temperature recorded in Santacruz observatory which could have led to more favourable weather conditions there,” said K.S. Hosalikar, deputy director general, Western Region,  IMD

Locals told The Asian Age that they have been waking up to fog-like conditions and pleasant temperature since Monday. “We got to know that the city is experiencing heat waves through the people here that go outside for work. Although it is hotter here too at noon, it’s like a regular summer, and it does not get extremely hot,” said Prakash Bhoir, a tribal residing in Aarey Milk Colony.

Biju Augustine, a member of Aarey Conservation Group, said, “Aarey is the one of the city’s last green covers and it does have many benefits, which is why it needs to be saved.”