The discussion will be held from May in Thane, Palghar, Anand and Bharuch. 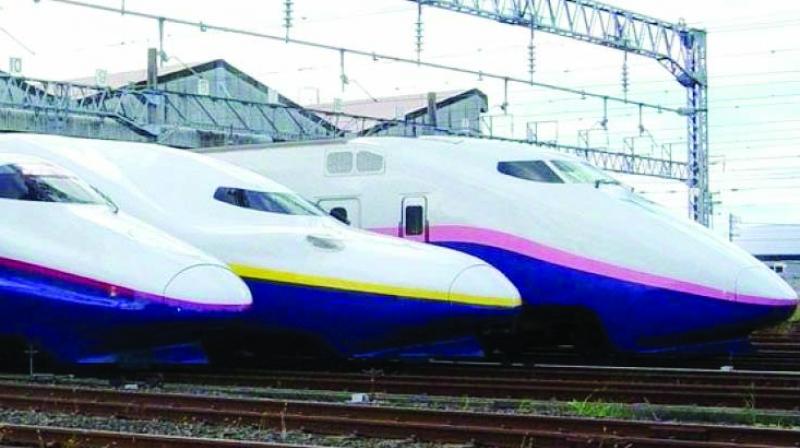 The discussion is being held at three levels.

Mumbai: The National High Speed Rail Corporation Limited (NHSRCL) will hold a discussion with villagers for land acquisition for Prime Minister Narendra Modi's Mumbai-Ahmedabad bullet-train project. The discussion will be held from May in Thane, Palghar, Anand and Bharuch. Besides, it is also going to clear the doubts of farmers over the project through social media by circulating six minutes video.

The discussion is being held at three levels. The NHSRCL officials, local representatives, farmers and the villagers will be part of this discussion. Amid this, surveyors met people of villages whose lands are needed to be acquired. The first talk with the stakeholders has been completed earlier in this month, claimed an officer, who is attached to the NHSRCL.

On April 9, a group of farmers in Gujarat had protested against the NHSRCL for giving very short notice for discussion over Ahmedabad-Mumbai high speed rail project. They had also claimed that the first stakeholders meeting had not been held.

For the second round of talk, 1,000 to 2,000 people will be called for the discussion of the bullet train project at Palghar on May 2. While the discussion will be held in Bharuch on May 9.

To clear the ambiguity from the minds of the people, Dhananjay Kumar public relation officer of NHSRCL said, "We are going to disseminate the messages about the project from the first week of May. We have also collated 2,000 mobile numbers in Palghar. A six minutes video in Marathi has been made on the project. We are also making a 30 second video to be shared on WhatsApp.”