After the deaths, the babies’ parents created a ruckus in the hospital and refused to accept their bodies. 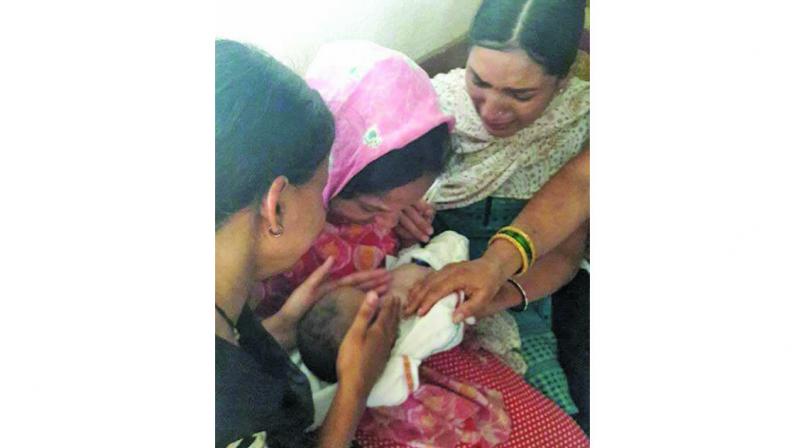 A family grieves the death of its child.

Mumbai: Four newborn babies died after an alleged short circuit sparked a fire in the incubators where they had been kept at the Neonatal Intensive Care Unit (NICU) of Panjabrao Deshmukh Hospital in Amravati on Sunday morning. The local police registered an FIR against the trust-run hospital on Monday evening on the basis of complaints from parents and will establish  the role of culprits, if any, whose negligence led to the deaths. The babies, who were five-days-old and suffering from premature birth-related disorders, were kept under observation in separate incubators before the tragedy struck, the police said.

After the deaths, the babies’ parents created a ruckus in the hospital and refused to accept their bodies. The hospital authorities, however, denied that a short circuit had occurred.

The parents found that something was amiss after observing no movement in their babies and the fact that their skin had reddened. The families have alleged negligence on the part of the hospital.  Angry family members and local MNS workers also roughed up a resident doctor who was on duty.

Superintendent of police Shashikant Satav said a complaint had been filed against the hospital administration.

D.S. Jane, dean of the hospital, said, “The exact cause of death is yet to be ascertained. We have formed a committee and action will be taken against the staff if found guilty.”