Kale was seen giving clarification to news houses throughout the day about the chaos. 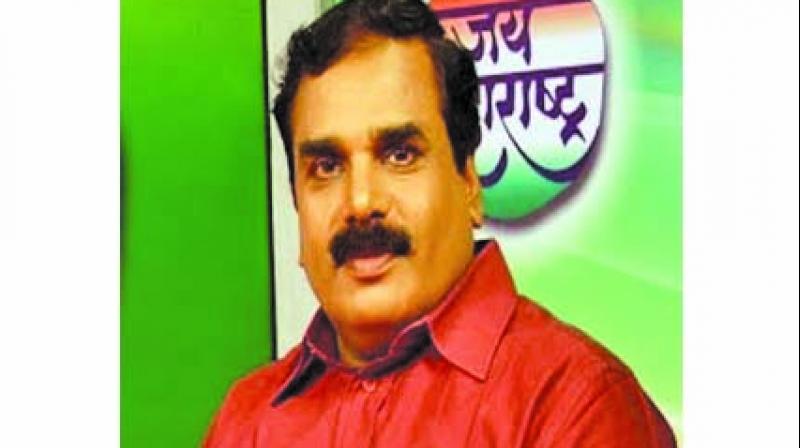 Mumbai: After the ruckus over malfunctioning of electronic voting machines (EVM) during the Monday Lok Sabha (LS) bypoll in Bhandara-Gondia constituency, the state government on Tuesday transferred the district collector of Gondia, Abhimanyu Kale. Mr Kale was also the returning officer (RO) of the LS bypoll in the constituency. Although the transfer is being passed off as “routine”, the abrupt action has created buzz in state politics.

Now, Kadambari Balkawade, CEO, zilla parishad, Nagpur, will take charge as Gondia’s district collector. The EC has also decided to conduct a re-poll at 49 booths of Bhandara-Gondia on May 30. Meanwhile, counting will be carried out on Thursday. Voting in Bhandara-Gondia on Monday attracted national headlines, what with the number of EVMs developing technical snags. So much so that voting had to be stopped at over 150 booths due to EVM issues. The Nationalist Congress Party (NCP), Congress and other opposition parties raised doubts over the malfunctioning of EVMs. Mr Kale was seen giving clarification to news houses throughout the day about the chaos. This pushed the election commission (EC) to go in for a re-poll at 49 booths. The re-polling will take place onWednesday, May 30.

Apart from the EVM issue, Mr Kale’s decision to distribute government compensation during the election code of conduct was also seen as controversial. Mr Kale, as the district collector, asked the deputy registrar to distribute `11 crore to farmers who had faced losses due to natural calamities six months ago. The NCP registered complaints against this decision, saying that through Mr Kale’s decision, the state government was trying to lure voters. Ultimately, Mr Kale was forced to stay his own order.

All of this may have gone against him and hence, he got transferred immediately after voting. However, a senior officer on condition of anonymity said, “But, the EVM snag has nothing to do with Mr Kale. ROs do not manufacture EVMs.”