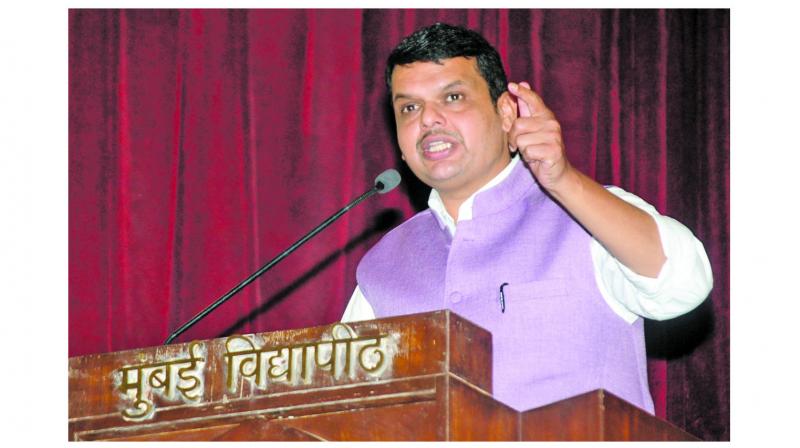 He gave the direction during a meeting called to review the impact of the Prime Minister's Crop Insurance Scheme. (Photo: File)

Mumbai: Maharashtra Chief Minister Devendra Fadnavis on May 30 directed insurance companies to expedite the process of settling farmers' claims and deposit the crop cover amount into their bank accounts by June 7. He gave the direction during a meeting called to review the impact of the Prime Minister's Crop Insurance Scheme.

The chief minister expressed displeasure over the slow progress in settlement of farmers' claims by insurance companies for the kharif season 2017. Minister of State for Agriculture Sadabhau Khot was also present in the meeting.

The weather forecast for this year is that the monsoon will arrive on time and there will be sufficient rainfall, Fadnavis mentioned. "Farmers will be immensely benefited if they get the money required to buy seeds and fertilisers. The insurance companies should try and ensure that farmers get the crop insurance money in their accounts before June 7," he said.

A lot of information needs to be gathered about the beneficiary farmers for various government schemes before the transfer of funds into their bank accounts, Fadnavis noted, adding that this causes a delay in the disbursement of money.

"In such a scenario, there should be a separate mechanism in place where all the information, of all those who open bank accounts for the purpose of getting Direct Benefit Transfer, is stored in one place. This will reduce the time in the disbursement of funds," he said.