The Mumbai Central-resident used a computer instead of a physical notebook to jot down pointers, answer questions etc. 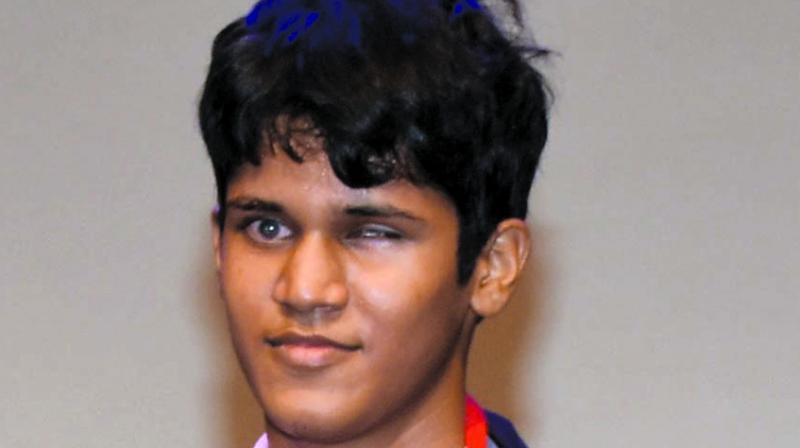 MUMBAI: Bhavya Shah, a student of Gopi Birla Memorial School, South Bombay is 100 per cent blind and despite this visual impairment, the 16-year-old scored a massive 93.4 percentage in his class 10 results that was announced by the Central Board of Secondary Education (CBSE) on Tuesday.

The Mumbai Central-resident used a computer instead of a physical notebook to jot down pointers, answer questions etc.  “I touch type instead of writing and my computer is equipped with a screen reading software that verbalises everything on the display for me which helps me in making tables, write chemical equations, research, access textbook material and just about everything I desire,” Bhavya said. Bhavya’s teachers in the school used to narrate what they wrote on the board for Bhavya, the marks he scored did not matter but the competitive experiences like debating, public speaking, quizzing, singing and other activities at intra and inter-school levels did.

He got rehabilitating and assistive technology training from the Xavier’s Resource Centre.

Initiatlly, Bhavya was confronted with the prospect of shifting from mainstream school to a school exclusively for the blind and visually impaired. However, he did not and decided to go with Gopi Birla.

He states, “The school has facilitated in my growth as a confident and contributing student both before and after my blindness. My amazing principal, teachers and parents supported me and now, five years later, as I pass out, I reflect upon the choices I made and many that my parents made without any regrets whatsoever.”