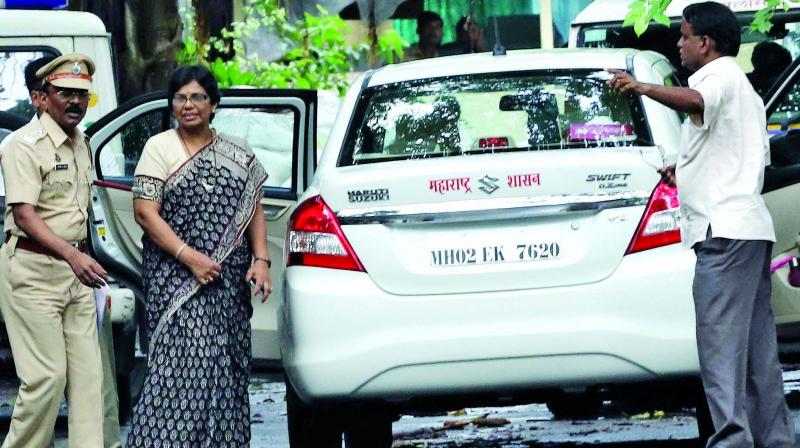 Mumbai: Taking cognisance of the death of Manju Shetye (38), an inmate of  Byculla jail last Friday, leading to rioting by prisoners, members of the Maharashtra State Commission for Women (MSCW) led by chief Vijaya Rahatkar, visited the prison on Thursday evening. Earlier in the day, the commission had summoned DIG (prisons) Swati Sathe to its Bandra office to inquire into the incident and appointed a three-member Special Investigation Team (SIT) to investigate the matter. It has also sought a detailed report from the jail authorities across the state about their conditions, safety and security.

Speaking on the issue, the minister of state (home), Ranjit Patil on Thursday said that the murder of Shetye at Byculla women's prison was ‘completely avoidable’ and some senior officers might be suspended in connection with the incident.

“The provisional post-mortem report is awaited. Currently, the recording of statements of about 200 people is going on. As of now, we have suspended all those who were prima facie found guilty and murder cha-rges have been slapped on them,” he said.

Meanwhile, DIG Sathe was at the commission's office for more than half an hour and was asked to explain the incident followed by the action taken by jail authorities.

Talking to The Asian Age, Rahatkar said, “DIG Sathe appeared before the commission today and gave a detailed account of the events. Six jail staffers have been suspended and FIR under sections 302 and 34 of Indian Penal Code have been filed against them.”

Giving details of the three-member SIT panel, she said that it would consist of a retired judge, a retired police officer and a senior member from an NGO.

The panel is expected to begin work within two days. It will visit the jail and record the statements of all concerned persons, including Indrani, and other inmates, who were allegedly beaten up during the riots.

The MSCW has received reports from the special magistrate stating that there were no new and old wounds on Shetye's dead body, including her private parts.

Shetye was declared dead at the government-run JJ Hospital on Friday night, which triggered violent protests in the women’s jail amid allegations that she was brutally assaulted by six prison staffers.