Till Saturday, June 29 the city recorded 422.2 mm of rainfall, according to Indian Meteorological Department (IMD). 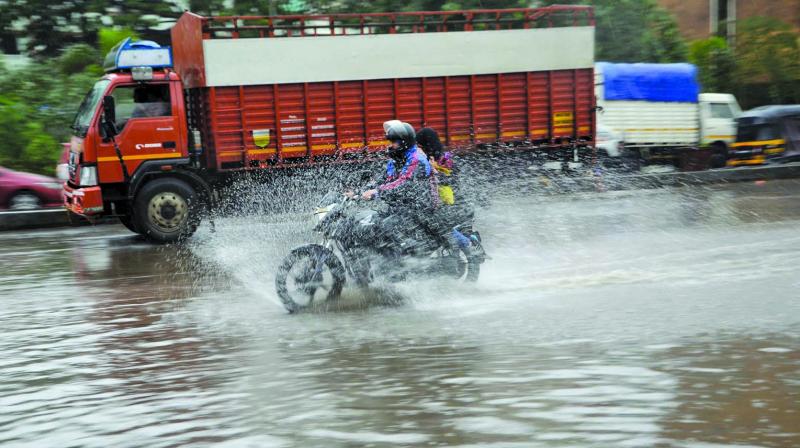 Mumbai: In good news against rainfall deficiency in Mumbai, the city has almost achieved the average target of 493 mm rain for June.

Till Saturday, June 29 the city recorded 422.2 mm of rainfall, according to Indian Meteorological Department (IMD). Due to the heavy downpour on Friday, the city received a whopping 234.8 mm of rainfall along with adjoining areas like Thane also recording up to 248 mm rain.

“Only 70 mm of rainfall was needed to achieve the June target following the torrential rain of Friday. However, the city has recorded heavy rains on Saturday and the same is expected on Sunday due to which it is likely to surpass the target,” said Mahesh Palawat, Vice President, Skymet Weather.

Weathermen have stated that moderate rains are likely in store for Mumbai for the next 24 hours, following which the intensity of rainfall is expected to reduce on July 1.

“On Sunday, on and off rains of the same intensity is likely over Mumbai. The rainfall intensity will lesser on Monday, however it will again start pacing from July 4,” Mr Palawat added. Meanwhile, Vidarbha and Marathwada are expected to receive heavy rainfall from July 2.

“The monsoon is presently vigorous which is one step above the active monsoon. In the last 24 hours, all the areas of Mumbai have received rainfall of around 200 mm with Ghatkopar recording the highest at 300 mm. We have decreased the level of warning issued yesterday from extremely heavy rainfall to heavy
rainfall for today, it will keep decreasing after today evening for coming 24-48 hours,” said K.S. Hosalikar, Deputy Direc-tor General (DDG), IMD Mumbai.

According to the Indian Meteorological Depart-ment , during the last 24 hours since Friday, Matheran — 347 mm recorded the highest rainfall followed by Mumbai— 234.8 mm, Dahanu— 195.1 mm, Mahabaleshwar— 195mm and Ratnagiri—  93 mm.