The issue of including the Prakash Ambedkar-led Vanchit Bahujan Aghadi (VBA) was also at the top of the meeting’s agenda. 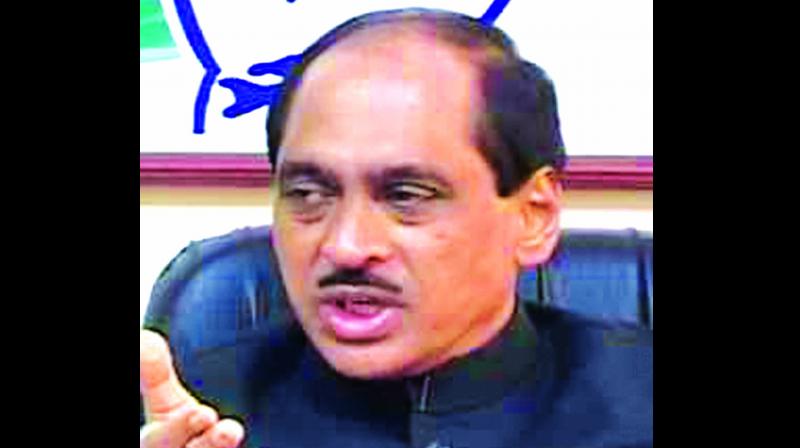 Mumbai: Senior leaders like Manikrao Thakre or Harshavardhan Patil might be given the responsibility of leading the Congress party in the state in the upcoming Vidhan Sabha polls.

Party president Rahul Gandhi Saturday summoned a meeting of state Congress leaders to discuss the party’s preparations for the Assembly polls, which will be held in a few months. Senior leaders like state unit chief Ashok Chavan, Balasaheb Thorat and Leader of Opposition in the Assembly Vijay Wadettiwar attended the meeting.

According to party sources, a discussion was held on the reasons for the recent drubbing the Congress got in the Lok Sabha polls. Also discussed was how the party should prepare for the Assembly elections. The Congress has decided to contest the Vidhan Sabha polls in alliance with the NCP. The need for better coordination with the NCP was also stressed during the meeting.

The issue of including the Prakash Ambedkar-led Vanchit Bahujan Aghadi (VBA) was also at the top of the meeting’s agenda. Mr Ambedkar has asked for 50 seats for the Assembly polls. However, the Congress has reportedly decided to offer only 25-30 seats to the VBA.

In the recently concluded Lok Sabha elections, the Congress could only win one seat in the state.

The alliance reportedly bagged 14 per cent of the total vote share in the state and played spoilsport on many seats.