Kalidas Kolambkar to switch over to saffron party

During the Lok Sabha election, Mr Kolambkar had declared that he no longer wanted to be with the Congress. 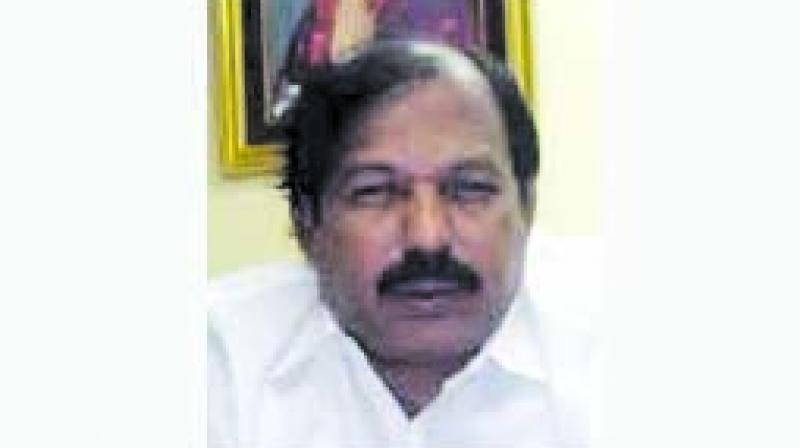 Mumbai: Senior Congress MLA Kalidas Kolambkar finally resigned from the party on Monday. He is expected to join the Bharatiya Janata Party (BJP) on July 31.

In a letter to Congress state president Balasaheb Thorat, the MLA from Wadala said that he was resigning from the party post on July 29.

Mr Kolambkar’s resignation was expected as had given ample indications of his plans to join the saffron party ahead of Vidhan Sabha elections.

He had also put up a banner bearing the image of chief minister Devendra Fadnavis at his office in Dadar. “I don’t want to continue with Congress any more. Mr Fadnavis possesses strong willpower to usher in development in the state,” Mr Kolambkar had said during the Lok Sabha election.

However, it is still not certain from which constituency the leader will contest if he decides to fight on a BJP ticket.

This is not the first time Mr Kolambkar, a six-time MLA, has switched his allegiances, as he had begun his career as a Shiv Sainik before joining the Congress.

Considered a close aide of former chief minister Narayan Rane, Mr Kolambar followed in the former’s footsteps after he decided to quit the Sena and join the Congress in 2004.