Metros   Mumbai  30 Aug 2017  Mumbaikars help each other out
Metros, Mumbai

Mumbaikars help each other out

A gurudwara in Dadar offered langar with volunteers helping people to get to the gurdwara. 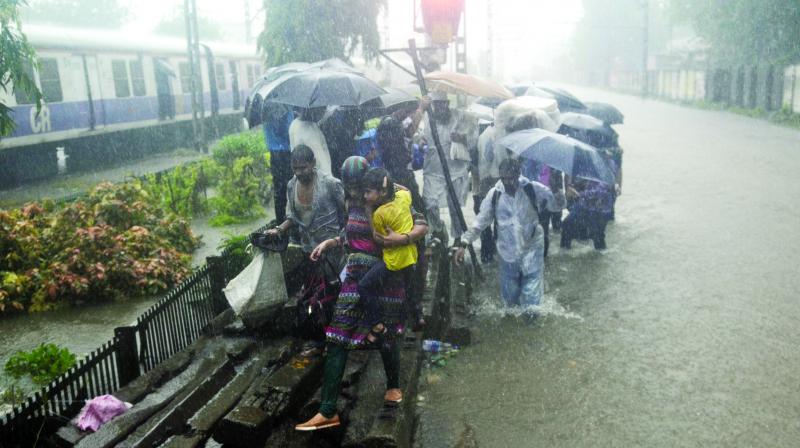 Mumbai: Mumbai revealed its true colours on Tuesday as citizens stepped out of their homes and reached out to each other in the heavy rains, even as systems collapsed or were absent. The city had come to standstill in the afternoon due to waterlogging, traffic jams and the slow pace of trains. But citizens became volunteers and helped the stranded multitudes reach the closest places of shelter.

A gurudwara in Dadar offered langar with volunteers helping people to get to the gurdwara.

GSB Sarvajanik Ganeshotsava Samiti at Ram Mandir, Wadala, Lalbaug Raja was also offering food to the people. Social media and WhatsApp were used to spread the message that help was available here  The Prabhadevi-based Siddhivinayak Mandir’s trust also organised residential facillity for those stranded in the rains. Even individuals opened up their homes for those  who were stuck on the road.  “Anyone stranded in Powai or Vikroli are most welcome at Kailash complex, if u can reach,” Mukul Agrawal tweeted. “Anyone stuck in the Ghatkopar (W) area..please feel free to message me,” Avani Jain tweeted. Hashtags with “need help” and “Will help” were created on Twitter.

Wherever there was waterlogging, locals of the area stood in the rains to help and guide passersby to safe routes. A group of five youngsters were helping vehicles and people to cross the water logged area on Wadala bridge. “We are just helping direct people and vehicles so that they do not get stuck here. We know the area and are hence helping the people,” Anwar Sheikh, one of the volunteers, said.

Another group of the people created a human chain in King’s Circle where the waterlogging is regular issue. They were standing in the dirty water for hours because two manholes were opened there so that water would receed fast.