Victims trafficked from UP, Bihar and Jharkhand and Rajasthan. 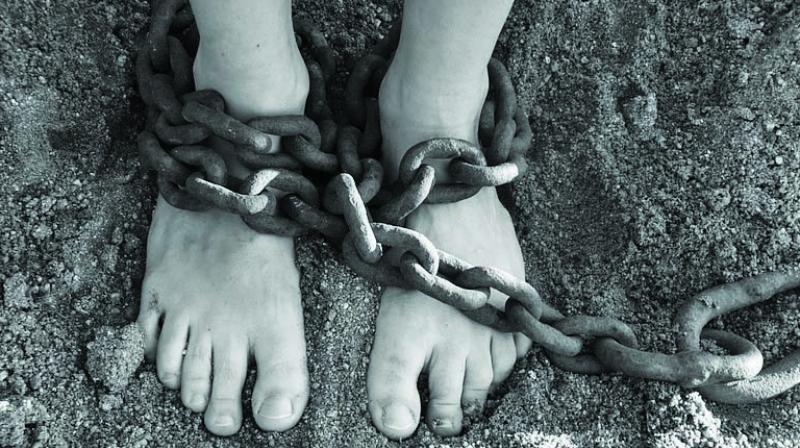 The parents, later, wanted their children to return to village, but the accused refused to let them go and held the boys captive.

Mumbai: Six children, forced into bonded labour, were rescued after police raided a Kurla slum on Wednesday. The incident came to fore after the parents of a 12-year-old boy, Sonu (name changed), shared their ordeal during one of the public hearing at the office of collectorate in Udaipur.

The accused, identified as Bhawarlal Vellaram Parihar (45), had convinced Sonu’s parents to send their children to Mumbai for work after meeting them in Udaipur.

Subsequently, Sonu and his younger sibling came to Mumbai last year and started working for the accused at Bhawar lodge.

The parents, later, wanted their children to return to village, but the accused refused to let them go and held the boys captive.

While Sonu’s brother eventually managed to escape and return home, Sonu remained in the clutches of the accused.

After his parents approached the Udaipur collector, the latter reached out to his counterpart in the Mumbai Suburban district.

After thoroughly interrogating the lodge owner, he revealed that Sonu was kept hidden when the police raided the lodge.

Preliminary probe revealed that Sonu was physically abused and had multiple cut marks on his body. “Parihar made him clean the lodge and utensils among other work. The food provided to the victims was also stale. Besides, he had not been paid since the past 10 months,” official said.

“The victims have been trafficked from Uttar Pradesh, Bihar, Jharkhand and Rajasthan. A First Information Report (FIR) has been registered under Sections 16, 17, 18 of the Bonded Labour Systems (Abolition) Act, 1976; Section 370, 374, 344 of the Indian Penal Code (IPC) and sections 75 and 79 of the Juvenile Justice Act. All rescued children have been sent for a medical check-up and they would be staying in child welfare committee’s shelter homes,” said police official.