Death penalty not be end of case, trio to appeal conviction and sentence in high court

Makasare had submitted Shinde’s wife and parents were dependent on him. 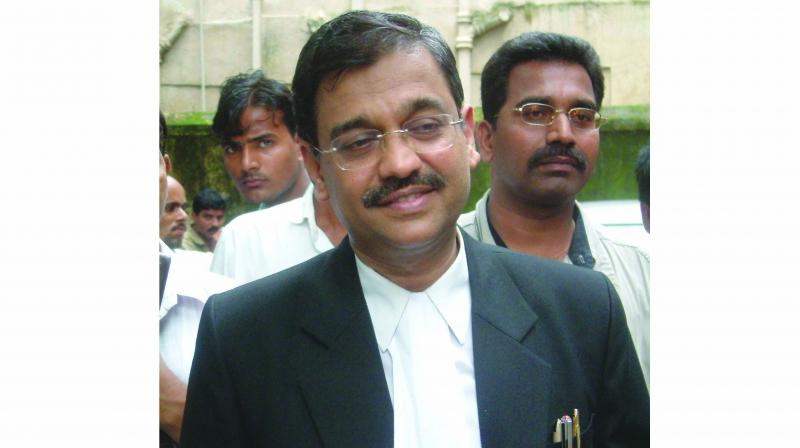 Mumbai: The death penalty handed out to the three convicts in the 2016 brutal Kopardi rape and murder case may not end with Wednesday’s trial court verdict, as the punishment will have to be confirmed by the high court. According to the lawyers of the convicts, they will not only be challenging the sentence but also the conviction in the high court.

After the death sentence was awarded by the special sessions court, the advocate for one of the convicts Santosh Bhaval, said they would be challenging the verdict and the entire trial proceedings too. Balasaheb Khopade said they would be drawing the attention of the high court to the lapses in the trial and will also be placing the written submissions given to the sessions court before the HC.

During the trial, Mr Khopade had said Bhaval had been falsely implicated and evidence had been fabricated against him in light of the fact that there was no eyewitness who saw him leave the crime scene. Nitin Bhailume’s lawyer Prakash Aher had argued Bhailume was a final year BSc student and as he had no criminal record, the court should show leniency towards him. Yohan Makasure, advocate for Jitendra Shinde, the main accused, had also pleaded for life imprisonment on the grounds that it was not a rarest of the rare case and Shinde was not a notorious criminal. Mr Makasare had submitted Shinde’s wife and parents were dependent on him.

However, special public prosecutor Ujjwal Nikam had touched upon 13 instances that proved the trio had pre-mediated the rape and murder.