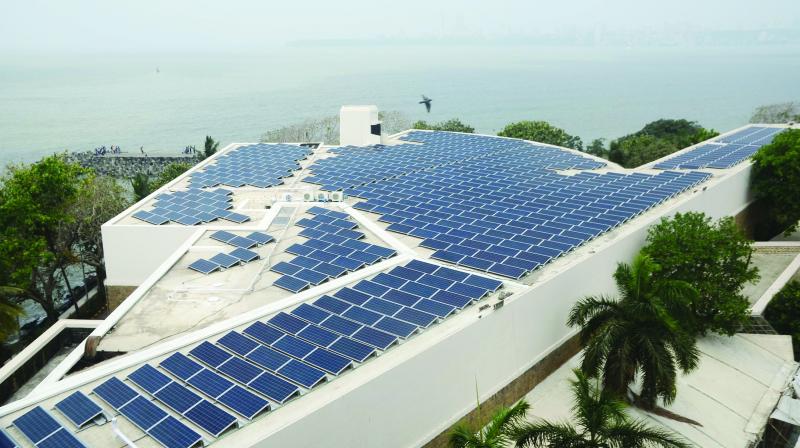 Representational image. The Centre has given its nod for a 500 MW solar plant in Dondai, Dhule district.

The Central government has cleared decks for a 500 MW solar plant in Dondai, Dhule district on Wednesday. It is one the biggest solar power plants in the state.

A few problems had come to fore during land acquisition process for the solar plant. With the nod of the Central government now, the ultra mega power plant would become functional by 2021.

Union minister of state for defence Subhash Bhamre met state energy minister Chandrashekhar Bavankule on Wednesday in Delhi to discuss the issue of solar power plant in Dhule. The Centre will clear all the land acquisition hurdles to speed up the project work. The project requires 1024 ha land of which 825 ha has been purchased by the MahaGenco.

The remaining land would be soon acquired from Methi and Vikaran villages as per the land acquisition act. The compensation amount of Rs 14.63 crore hasbeen deposited with the district collector, a press release of the government said.

The 500 MW of the project will be completed in two phases and will cost about Rs 160 crore. The first phase of 250 MW will be functional in 2019 and the second phase in 2021-22. The MahaTransco has taken the responsibility of the laying the transmission wires for the project to supply power to the farmers.

The state government is also looking at setting up a solar energy park in Dhule. The state has undertaken many initiatives for the renewable energy in last few years and solar is one of the most important initiatives.

The cost of the electricity generated from the solar project is Rs 2.96 per unit which is the lowest tariff compared to other electricity. The green energy will have the same tariff for next 20 years.