Mumbaikars can enjoy the 11 km parallel track every Sunday from 6am to 11 am. 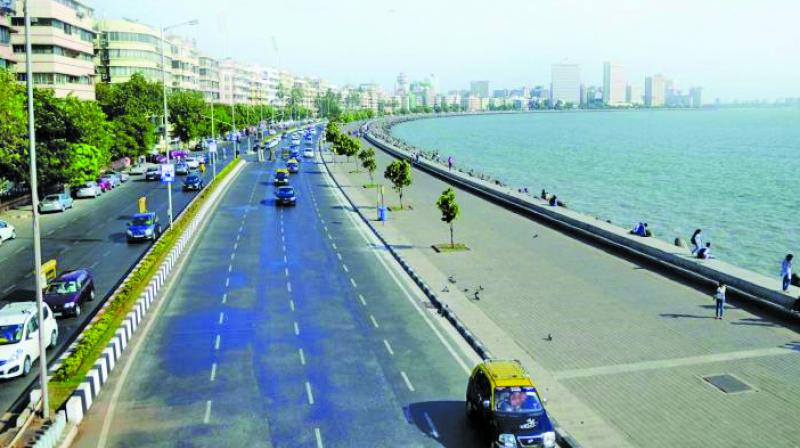 A file picture of Marine Drive.

Mumbai: As the Brihanmumbai Municipal Corporation (BMC) is set to launch a cycling track from Sunday, it is also planning to rope in Bollywood superstar Salman Khan to promote the event.

From December 3, there will be a dedicated two lanes from NCPA theatre (Nariman Point) to Worli Sea link, where cyclists can ride their bicycles along the seashore. Mumbaikars can enjoy the 11 km parallel track every Sunday from 6am to 11 am.

“We have approached Mr Khan asking to associate himself with the event and are waiting for his favourable reply. With his association, we plan to create awareness in people about cycling and its advantages,” said a senior civic official.

Salman’s organisation ‘Being Human,’ which sells accessories and garments, has recently launched a series of E-cycles in partnership with a leading online shopping portal.

The cycling track is the brainchild of Yuva Sena chief Aaditya Thackeray. In his tweet, Aditya has said, “Starting soon, the BMC will allow a temporary track for bicycles from NCPA Marine Drive to Worli. I thank the BMC for accepting this humble suggestion and allowing thousands of bicycle & fitness enthusiasts to cycle in Mumbai.”

According to civic officials, the cycling track will function on a pilot basis for three months. The route will be NCPA-Marine Drive-Babulnath-Peddar Road-Annie Besant Road-Khan Abdul Gaffar Khan Marg and the Bandra-Worli sea link. The BMC will be providing basic infrastructure like barricading the dedicated two lanes of total 3.5 metres on the route. After the event deadline is over, the BMC will restore the entire route by removing barricades, said officials.

The civic body has also provided the facility of giving bicycle and helmet on rent at four points on the track – NCPA theatre, Girgaon Choupatty, Haji Ali and Worli sea face.