Maha govt to use 81st constitutional amendment of the year 2000 to support bill. 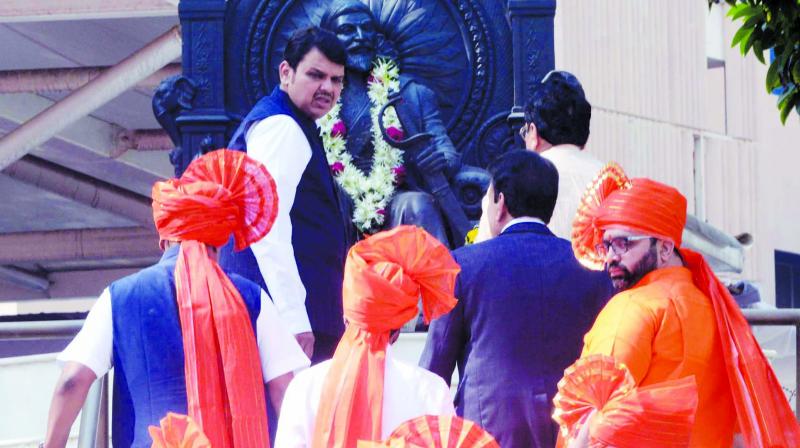 Mumbai: Anticipating resistance to the Maratha bill in court, the state government has prepared legal remedies. The Asian Age is in exclusive possession of the state’s possible legal response. As per the 81st constitutional amendment of the year 2000, the state can cross the limit of 50 per cent set by the Supreme Court on overall reservation to fill the backlog of backwardness in the educational sector. The state government will cite this amendment to support the reservation bill.

As reservation to Marathas will cross the limit of overall reservation of 50 per cent laid down by the SC, people have raised doubts on whether the bill will stand before the co-urt. However, the state go-vernment has already prepared for the court battle.

The  81st constitutional amendment of year 2000 is the major point in state’s defence. In this amendment, it is stated that, “Nothing in this article shall prevent the state government in filling the vacancies in jobs and education succeeding the year or previous years.” It means, as Maratha is proven backward class now with report of backward commission, the state is entitled to fill the educational and jobs’ backlog of the community. This amendment gives power to the state government to exceed the 50 per cent limit while granting reservation.

Another point in the state’s defence will be the famous Indra Sawhney case. As per state’s defence, this judgement is not applicable in education sector under article 15 clause four. For that, the government sources have cited four per cent reservation to Muslims in education cleared by Bombay HC. In the same Indra Sawhney case, Justice Pandian had said that the decision to fix the percentage of reservation up to only 50 per cent is unsustainable. State government will also argue that the restriction of 50 per cent is not applicable to the state and the restriction is only for the Central government.

“State government has granted reservation to Marathas after proper research and genuine approach. So, we are confident that state will be able to put its case strongly in the court now,” said Mumbai BJP   chief Ashish Shelar, who has been  a key person in making a strong legal case for Maratha reservation.

Another OBC leader demanded that the government conduct a caste-wise census in the state. “How can we believe that there are 30 per cent Marathas in the state? The number is definitely less than that,” said Bhushan Bare of the Kunbi Samaj Unnati Sangh.

Ahead of 2014 Assembly polls, then Congress-NCP government led by Prit-hviraj Chavan granted 16 per cent reservation to the community along with a five per cent quota for the Muslims through an ordinance. The ordinance, however, was stayed by the Bombay high court.

38% living below poverty line, reveals Report
Age corThe action-taken report (ATR) tabled by the state backward class commission has highlighted the social and educational backwardness of the Maratha community in the state. The report says that nearly 38 per cent of Marathas live below the poverty line whereas 73 per cent of their families have an average annual income of less than `50,000.

While the proportion of the Maratha population in the state is about 30 per cent, they do not have a proportionate share in government jobs. Their share in the Indian Ad- ministrative Service is 6.92 per cent and only six per cent in the state government service, with the majority working in the D category. The percentage of Marathas in the police is 15.92 per cent while that in the Indian forest service is 7.87 per cent.

Only 4.30 per cent of the Maratha community is highly educated with its share in engineering 7.3 per cent, medical 6.4 per cent, agriculture 20 per cent and other fields (general, human science, commerce, professional) 3.89 per cent, according to the report.

The ATR also highlighted the high percentage of suicides in the Maratha community. As many as 340 members from 40,962 surveyed families committed suicide. During the period 2013-2018, 13,368 farmers committed suicide. Of them, nearly 24 per cent (2,152) were Marathas.