Sources said that the committee chief, Chandrakant Patil, tried to pacify her. He assured her that the reservation for OBCs would remain intact. 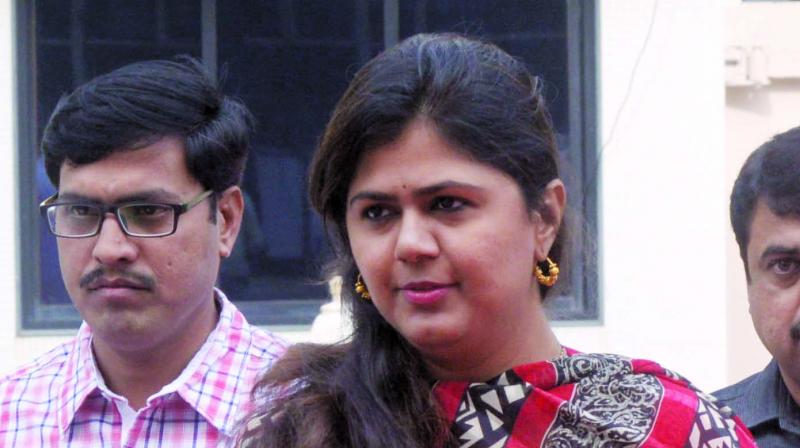 Mumbai: Even though the government has declared that Maratha reservation will not impact any other existing reservation, there is apprehension among the OBC community, which is as important as the Marathas in elections. This was underlined when cabinet minister and OBC strongwoman, Pankaja Munde, stormed into the BJP legislative members’ meeting, stating that OBCs were no longer confident and felt insecure about being ensured their quota.

Reportedly, she was fuming over being kept out of the cabinet sub-committee formed to decide the Maratha reservation issue.

Sources said that Ms Munde stormed into the cabinet sub-committee and asked that the interests of OBCs be kept safe in the bill. Her aggressive approach was shocking for committee members.

Sources said that the committee chief, Chandrakant Patil, tried to pacify her. He assured her that the reservation for OBCs would remain intact.

Ms Munde was expected to be a member of the cabinet sub-committee formed to grant reservation to the Marathas. Comparatively, junior minister Ram Shinde was also made a member of the committee. Reportedly, keeping her out disturbed Ms Munde which is why she decided to become a strong voice for the OBC community.

Ms Munde reportedly also raised the issue of Kunabi-Maratha classification. Kunabi is known as the sub-caste of the Maratha community in parts of Maharashtra. But, it is also getting the benefits of OBC reservation. So, whether Kunabis get benefits from Maratha reservation or not will now be a serious question. Ms Munde reportedly asked for a clarification from the cabinet sub-committee on this issue.