It claims that the 118 spots in the city identified as places where open defecation was practiced, now have toilets. 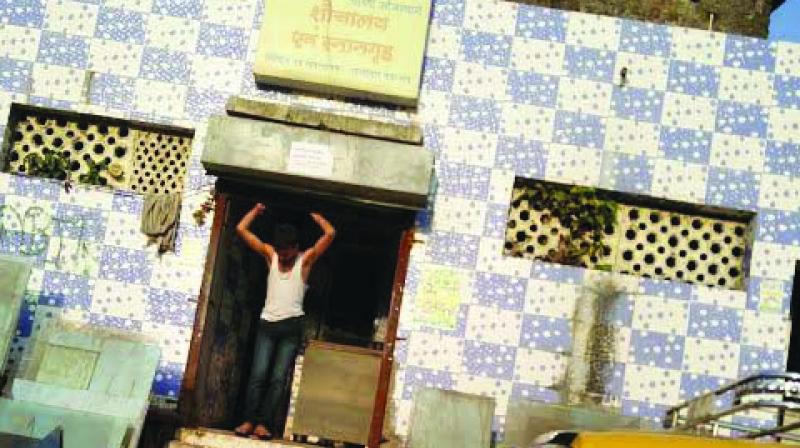 The civic body has admitted that places like Bandra and Kurla still see open defecation, but only along railway tracks.

Mumbai: The Brihanmumbai Municipal Corporation (BMC) has written to the Union urban development ministry and the Swachh Bharat Abhiyan, claiming that Mumbai is now open defecation-free.

It claims that the 118 spots across in the 24 wards of the city identified as places where open defecation was practiced, now have toilet blocks within a radius of 500 metres from the place. Meanwhile, the civic body has also written to the Central and Western Railway asking for their cooperation in constructing toilets along railway tracks where open defecation is still practiced in the ty.

The civic body, however, has admitted that places such as Bandra and Kurla still see open defecation, but only along railway tracks. In its letter to the railway authorities, BMC has asked them to refer to the National Green Tribunal to take measures to construct toilets along railway tracks to enable citizens to use them.

Meanwhile, the civic body has deployed clean-up marshals in the 118 spots where open defecation was being practiced to usher people who defecate in the open to nearby toilets. In its letter to the Railways, it has also urged the railway authorities to deploy RPF personally at spots along railway lines where open defecation happens.

However, activists have refuted the civic body’s claims. Supriya Sonar of the Right to Pee organisation, which has been working towards providing the city with increased access to toilets said, “They are not aware of the reality. I have just heard about it (the BMC’s claims), and if this is the case, the people should be the ones saying open defecation does not happen in the city. It is not something that has to be read, but the impact needs to be seen on the ground.”